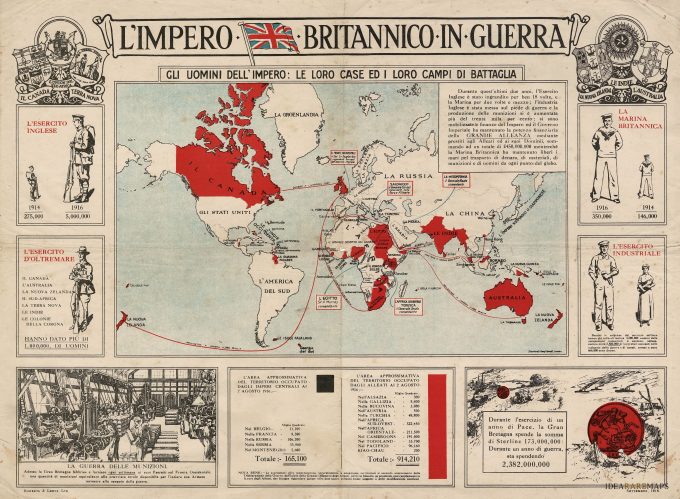 Italian 1916 edition of the propaganda world map showing the British Empire at war published by Roberts & Leete. The map is surrounded by illustrations and figures showing the increase in the size of the British Army and Navy between 1914 and 1916, contributions of the “Overseas Army,” changes in the “Industrial Army” and the “War of Munitions” and the approximate amount of territory occupied by the Central Powers and the Allies on August 2nd, 1916.