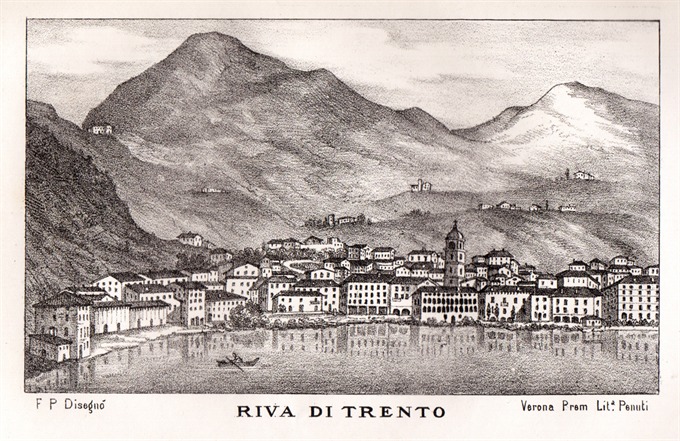 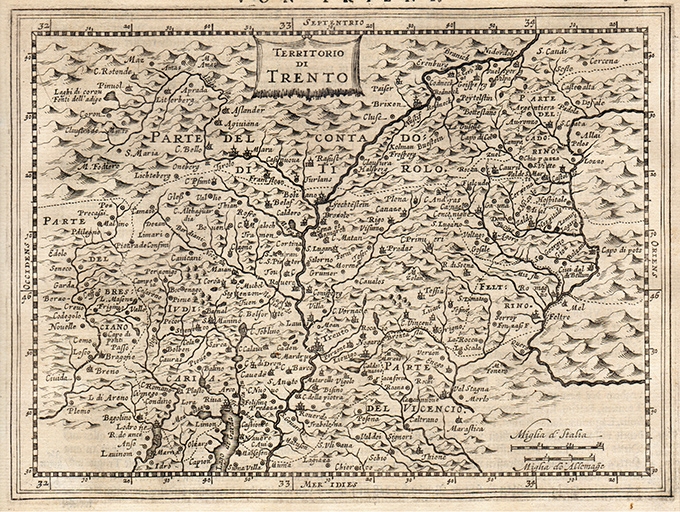 Nice small map of Trento area with Tyrol from the Mercator Hondius “Atlas Minor” published in Amsterdam in 1648 at Jannsonius with german text on verso. In 1607 Jodocus Hondius published a reduced size version of Mercator’s “Atlas”, itself suitably titled “Atlas Minor”. The maps were copied from those of the great cartographer Mercator of around 1580-90 or were reductions of Hondius’ own maps of 1606. [cod.361/15] 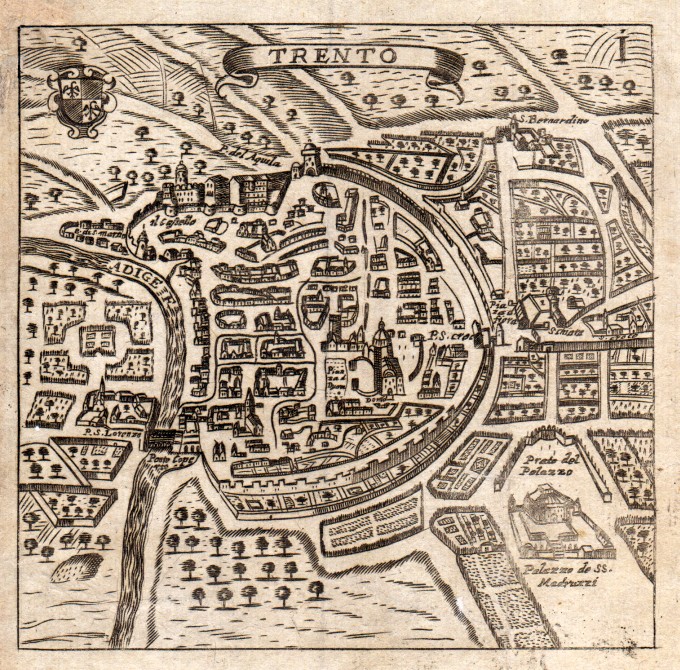 View of the town from “Itinerario overo decrittione de’ viaggi principali in Italia” by Francesco Scoto published in Venezia by Brigonci in 1655. [cod.362/15] 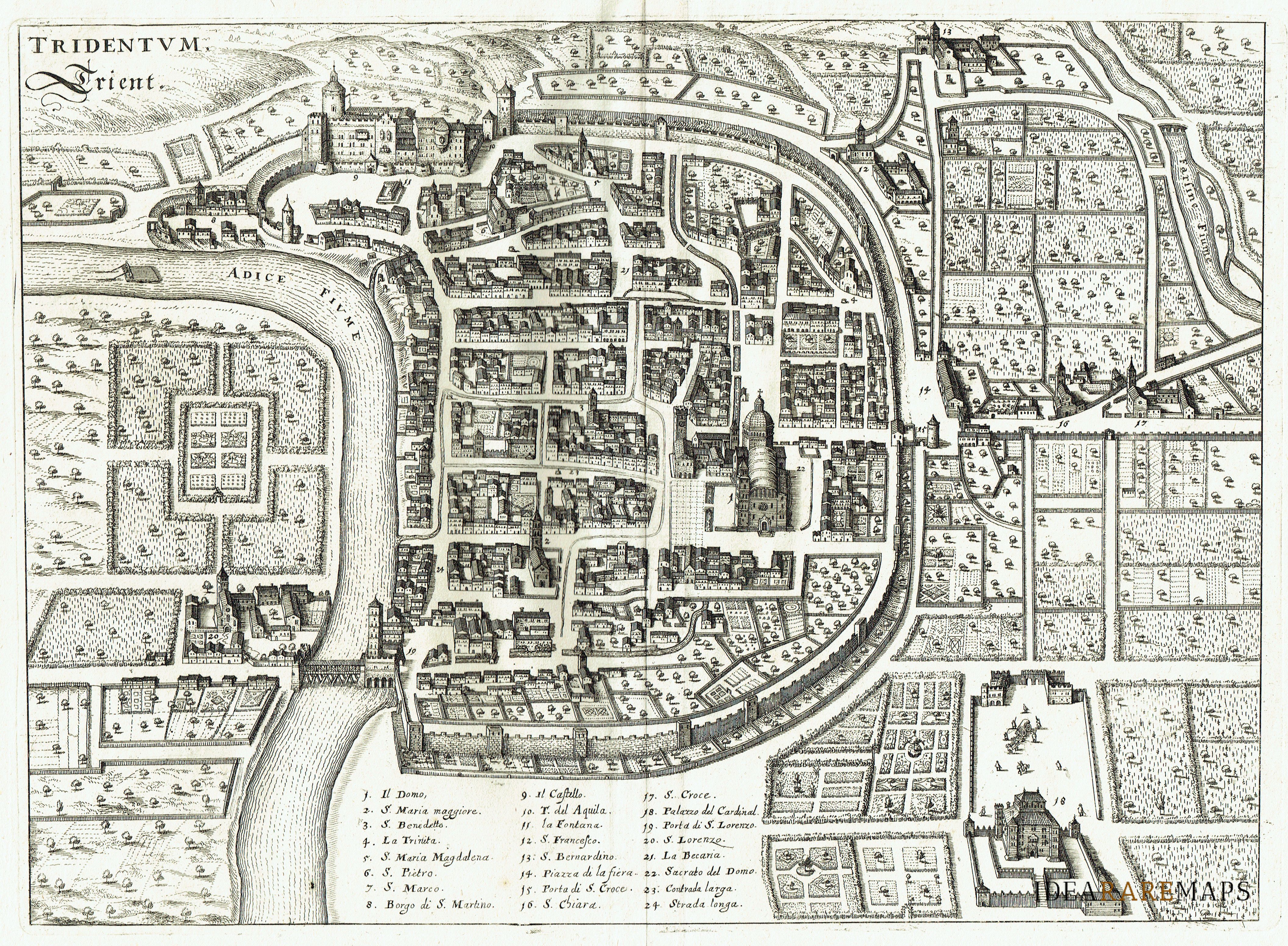 Very fine plan of Trento from Zeiller’s “Itinerarium Italia Nova Antiqua” published by Merian in Franckfurt in 1640. Mattheus Merian was a notable Swiss engraver, born in Basle in 1593, who subsequently studied in Zurich and then moved to Frankfurt where he met Theodore de Bry, whose daughter he married in 1617. They had numerous children together, including a daughter, Anna Maria Sibylla Merian, born in 1647. She became a pioneering […] 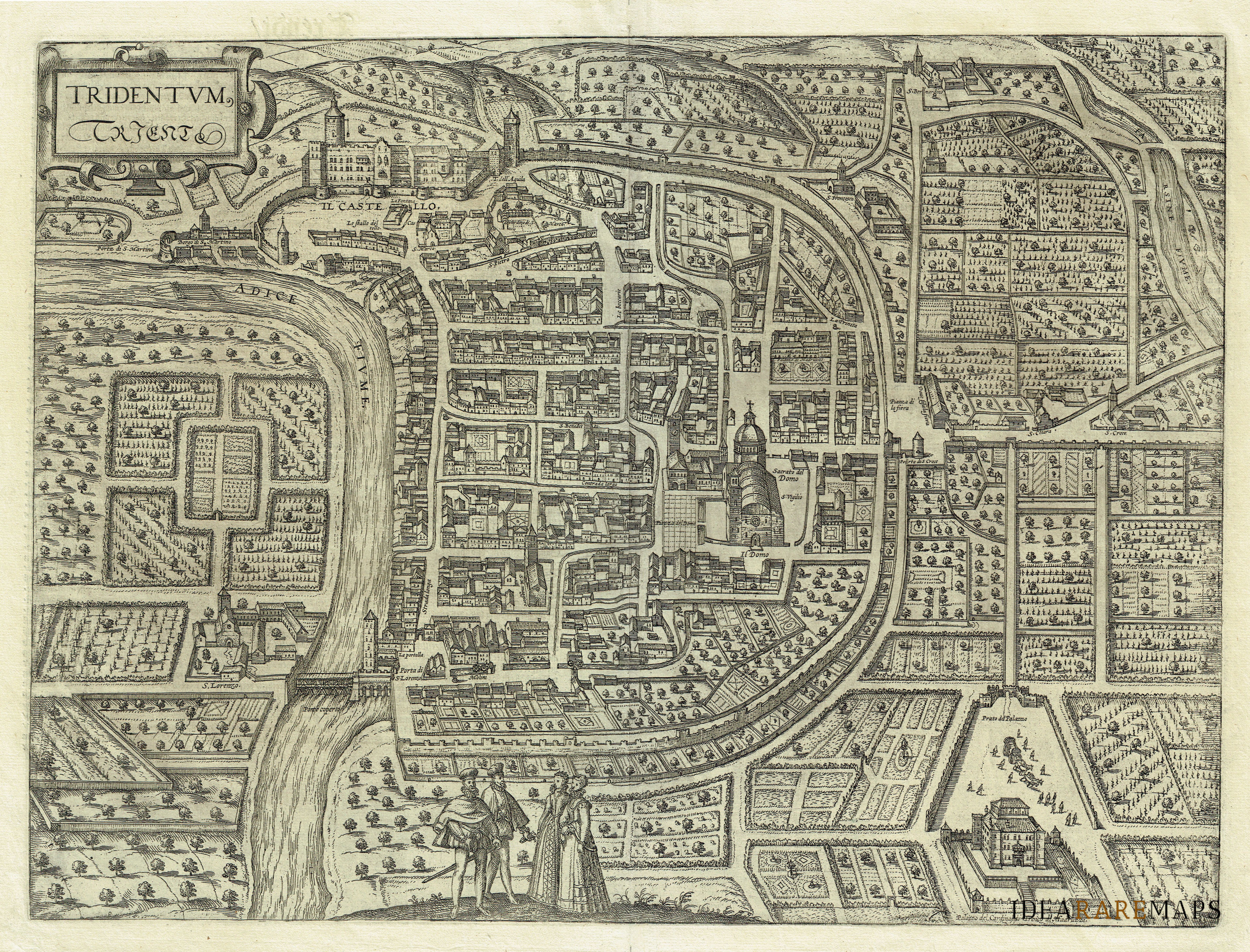 An important prospect view of Trento from the famous Civitates orbis Terrarum by Braun & Hogemberg published in Colonia in 1572. The town is shown with city walls on three sides and the Adige River providing the protection on the fourth (crossed by an impressive fortified bridge) The most impressive features are the castle and the Duomo (Cathedral of Saint Vigilio), the latter located in the center of the town on the Piazza Duomo. Four figures in Italian … 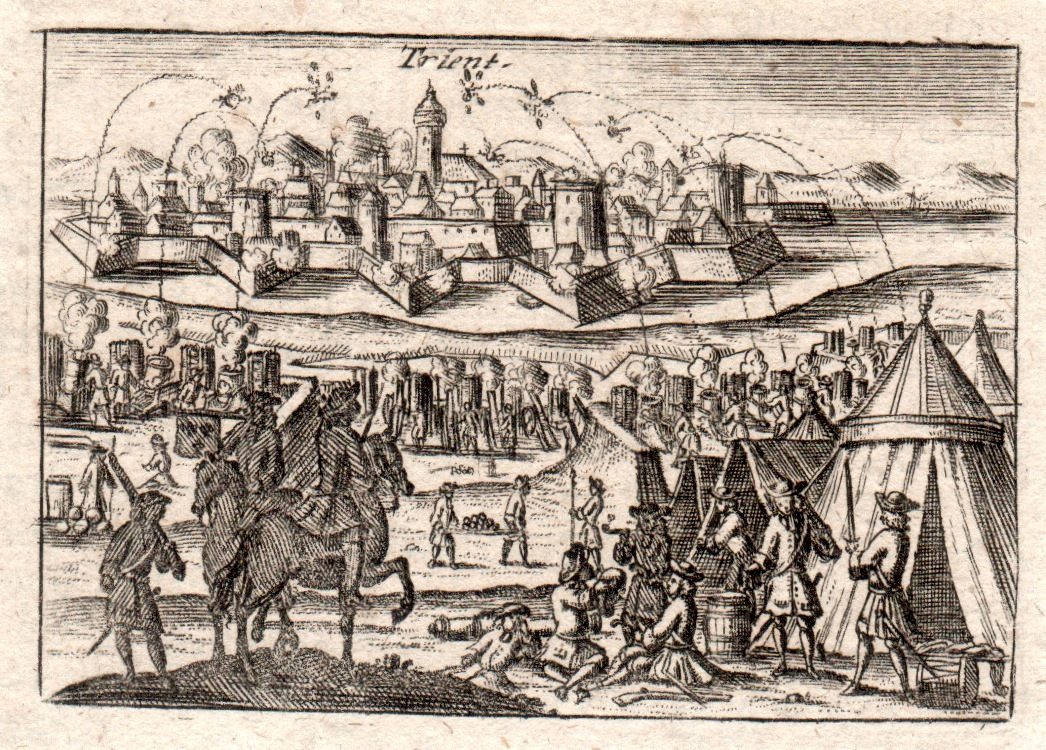