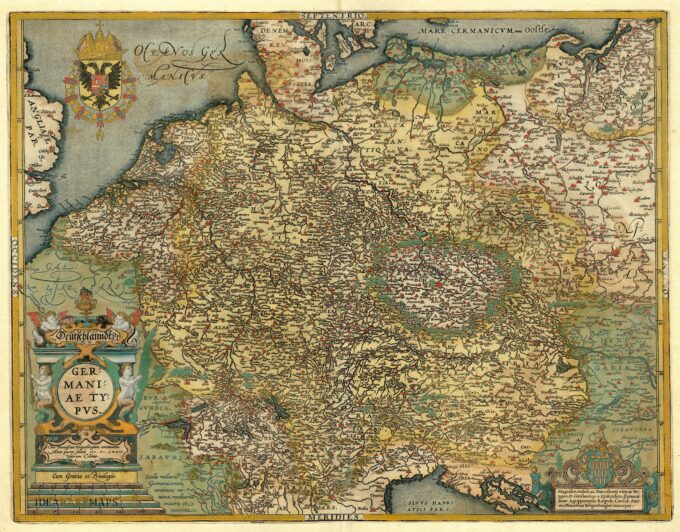 Superb map of the German Empire showing northern Europe, from the eastern tip of England to Poland, and extends from the North Sea to Venice and the coast of Croatia published by Johan Baptiste Vrients for the 1612 edition of Ortelius’ Theatrum Orbis Terrarum, the first modern atlas of the world. This plate was acquired by Vrients in 1603 from the engraver Franz Hogenberg (see his signature in the centre of the lower-left cartouche) and incorporated into later editions of Ortelius’ Theatrum Orbis Terrarum. The first Hogenberg edition, printed separately and in few copies, differs for the addition by Vrients of the city of Rouen in France (designed in the graduated border near the left cherub) which is not present in the prototype by Hogenberg.