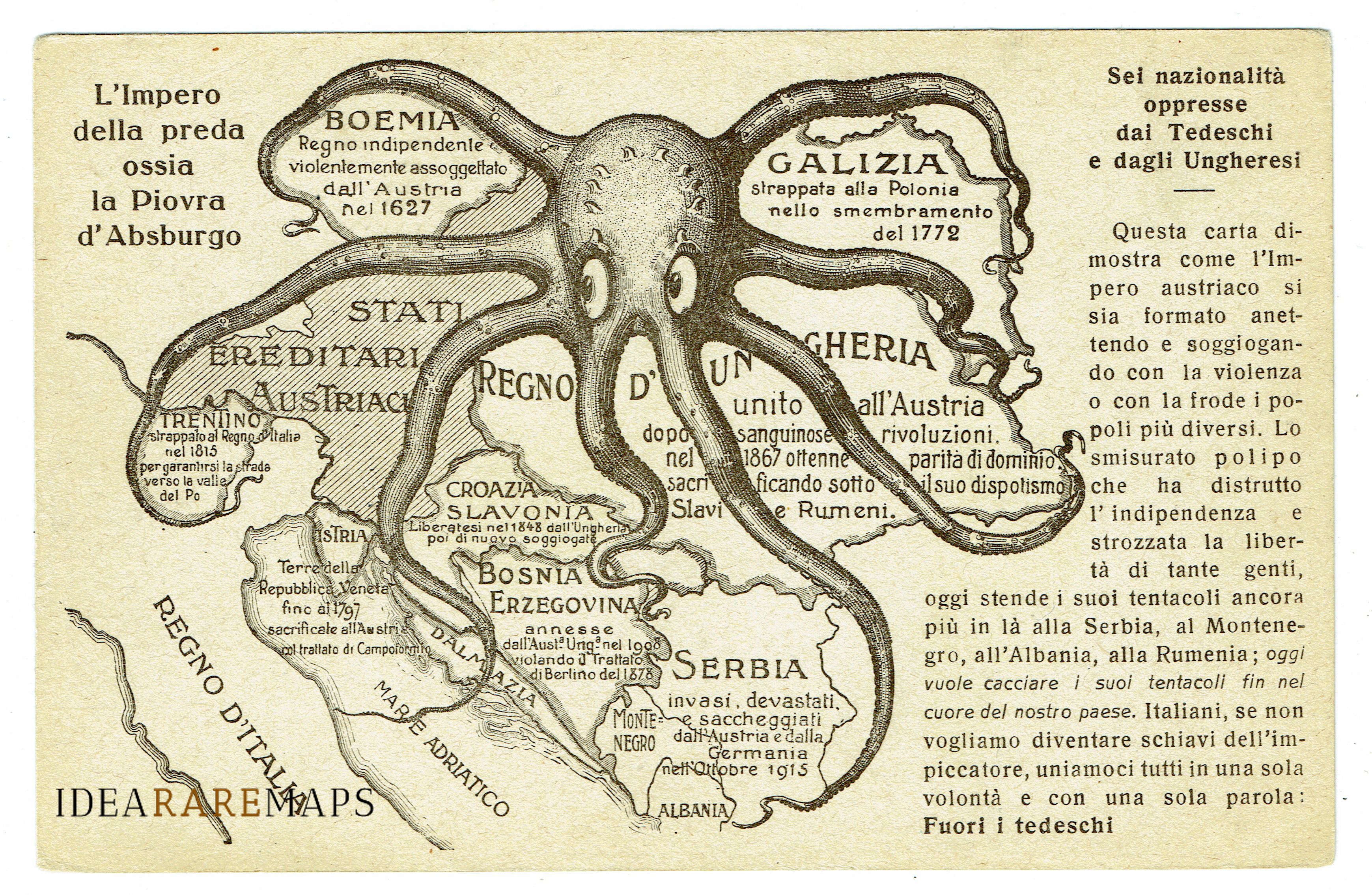 Uncommon anti-German propaganda postcard printed in occasion of the entry into the war of Italy during the first World War.
The Empire Austro-Hungarian is depicted as an octopus that with its tentacles it subjugates various territories such as the Bohemia, Galicia, Trentino, Istria, Croatia Slavonia, Bosnia and Herzegovina, Serbia, Montenegro and Albania. On the left the explanation of the lovely anthropomorphic map: “Italians, if we do not want to become slaves of the hanger, let us all be united in one will and with one word: Outside the Germans!”. Published in Milan at La Zincografica in 1915. 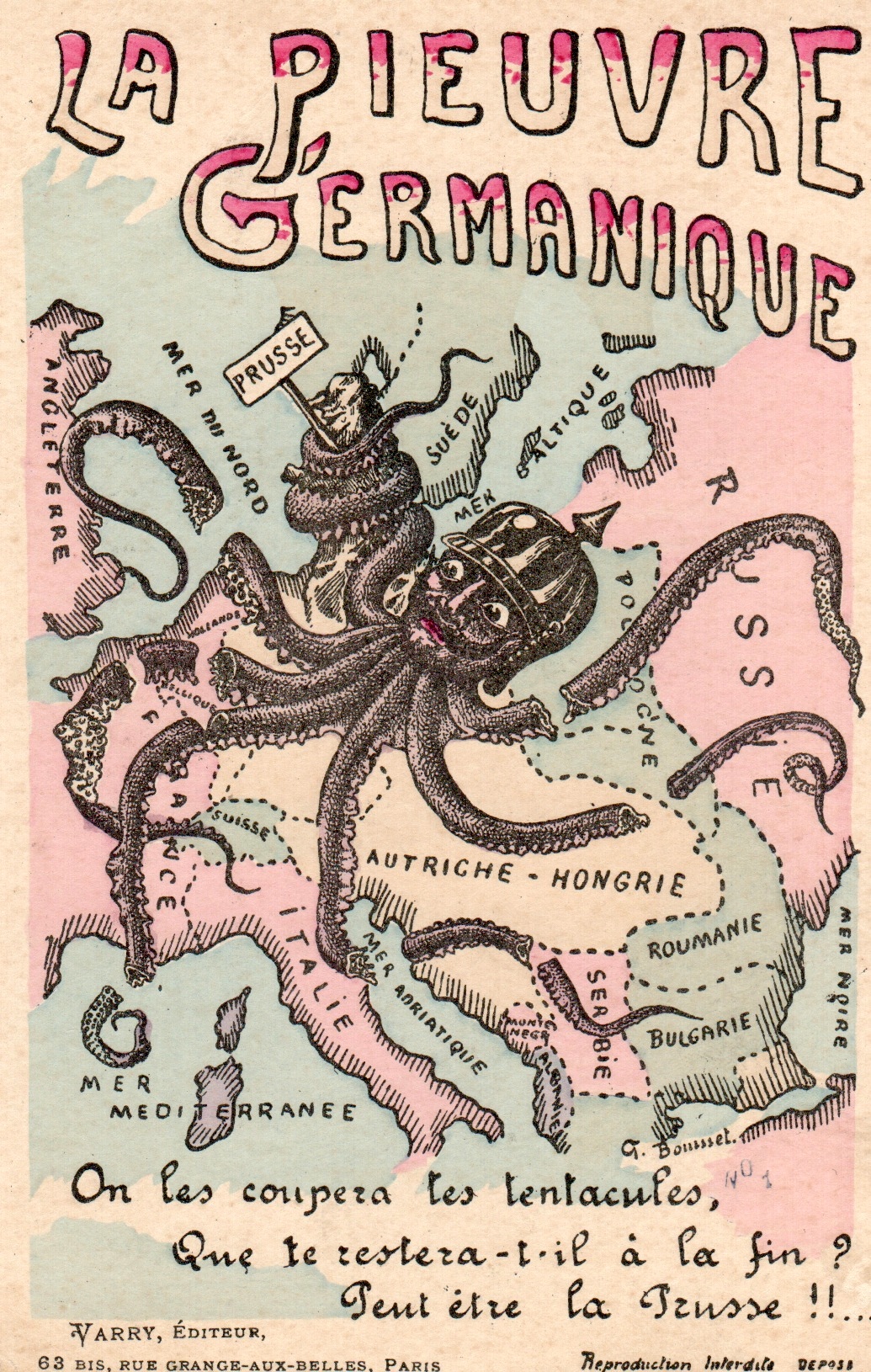 A beautiful 1917 French propaganda postcard showing in satirical manner the Prussia’s territorial expansion in Europe in the form Octopus. Published in Paris by Varry Editeur. 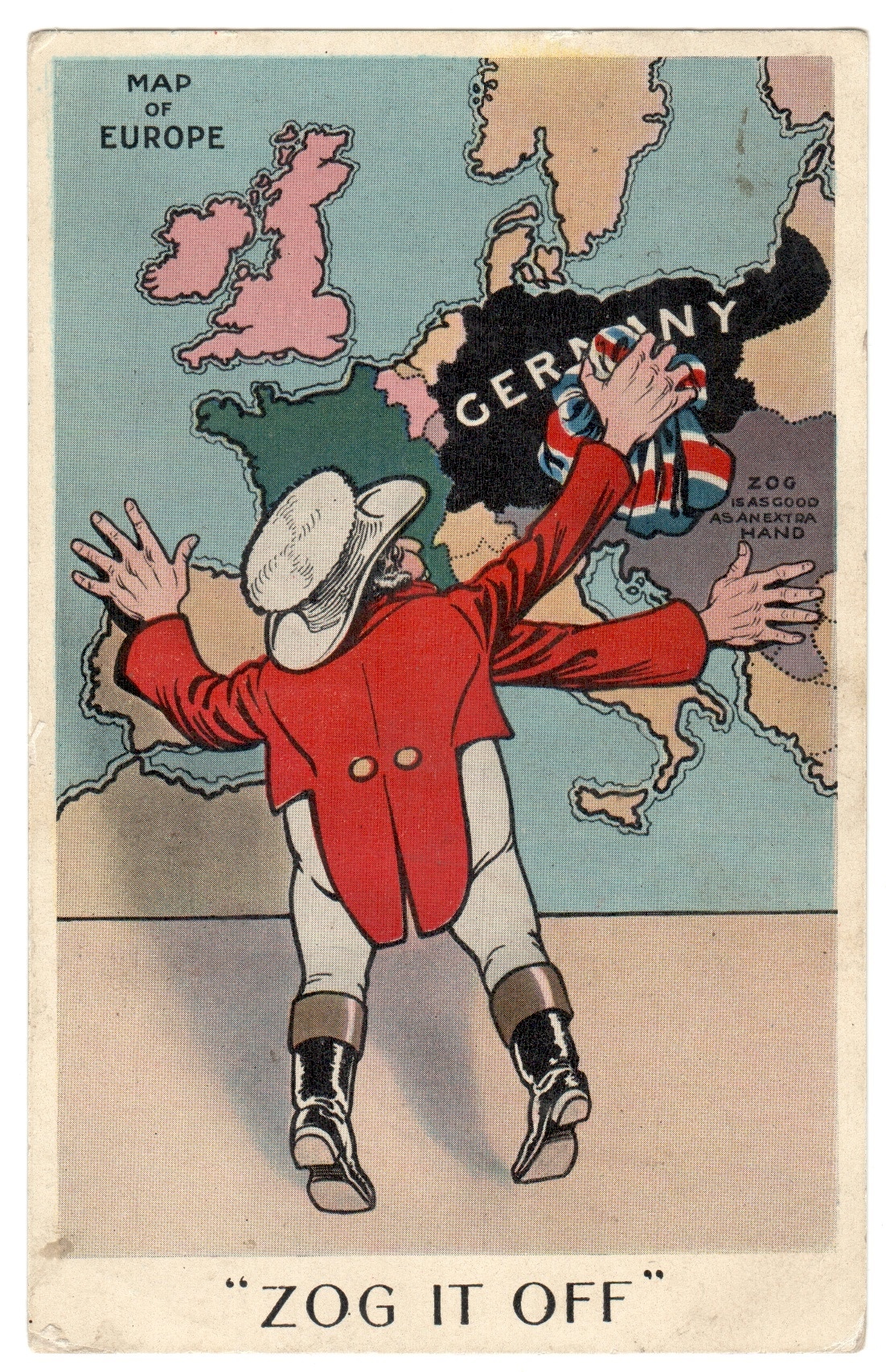 Map of Europe Zog it off 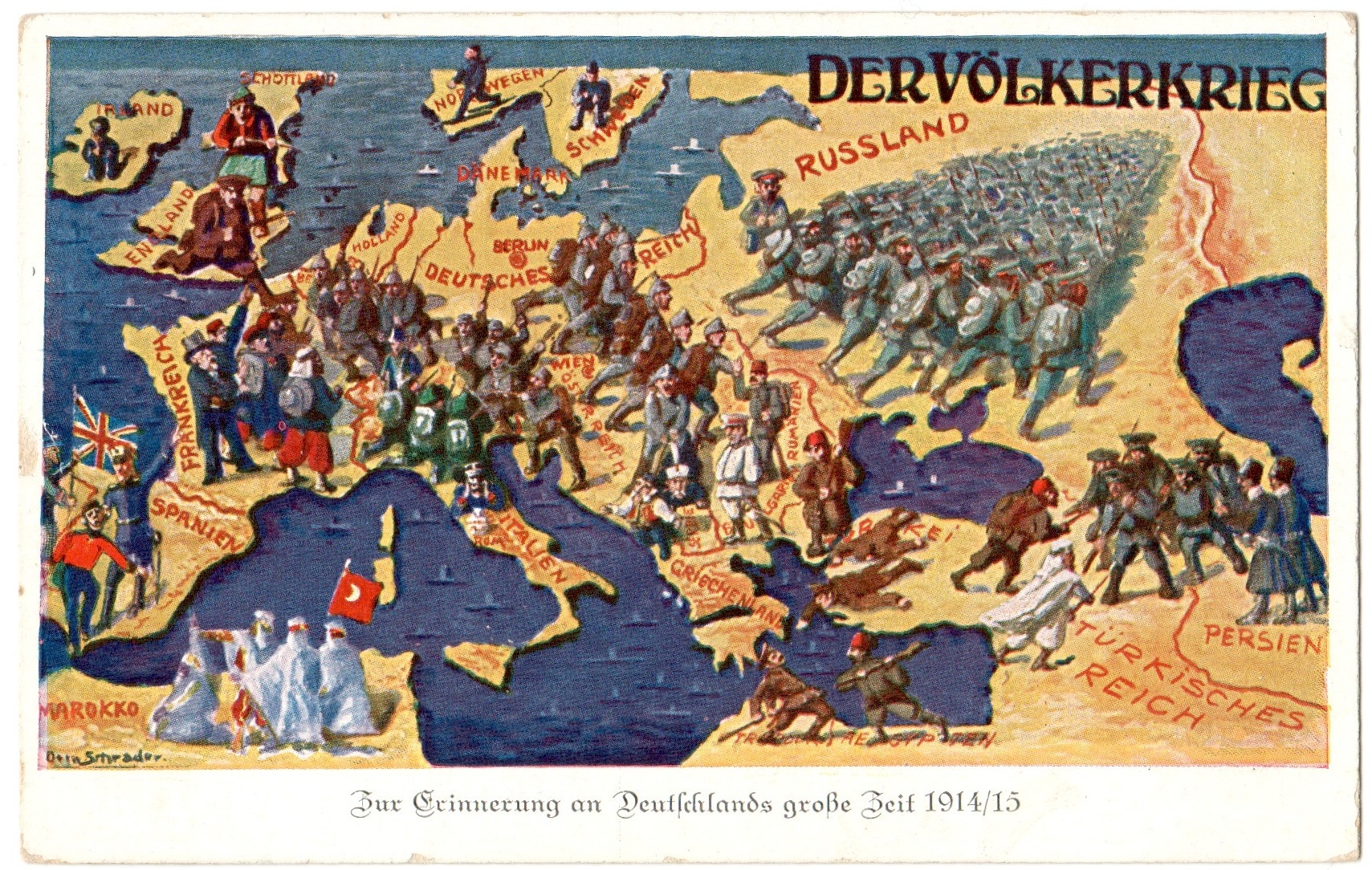