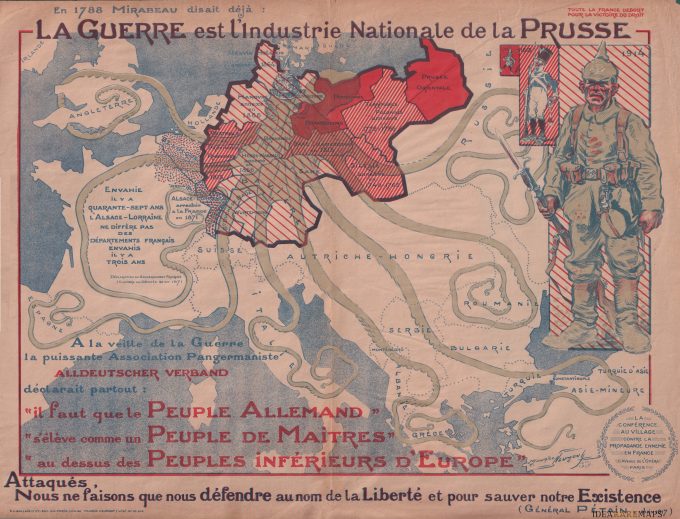 Striking French propaganda poster map showing Germany as a monstrous octopus threatening Europe with tentacles extending not only west to France, England, Spain and Italy, but to the Balkans and Greece, Turkey and Asia Minor, Romania and Russia. Germany is shown in different shadings of red, indicating its numerous annexations of surrounding territory since 1740, the most recent being the 1871 seizure of Alsace-Lorraine during the Franco-Prussian War making a comparison between the territorial conquest made in France since the outbreak of the First World War.
The map was drawn by Parisian artist Maurice Neumont (1868-1930) for “La Conference au Village contre la Propagande ennemie en France” The Conference was established in 1917 for the purpose of advancing the patriotic cause in rural and provincial France by distributing more effective propaganda and countering similar German efforts. Published in Paris in 1917 at P.J Gallais.