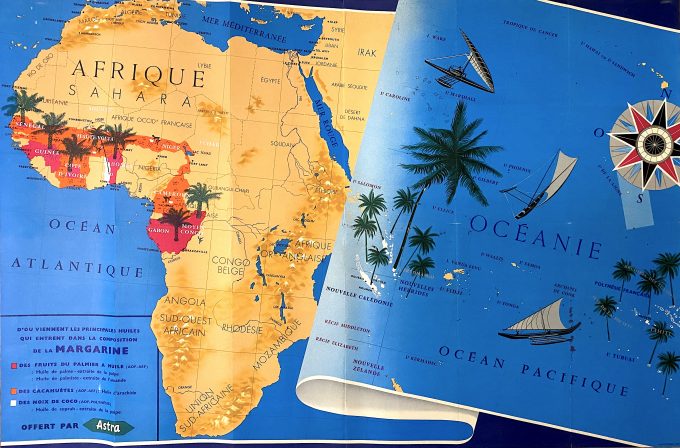 Large poster map showing the origin (highlighted in shiny silver) of the ingredients for the production of Astra’s margarine. Palm and peanut oil from French West and Equatorial Africa. The coconut oil from Polynesia. Published in Paris at Courbet 1955.