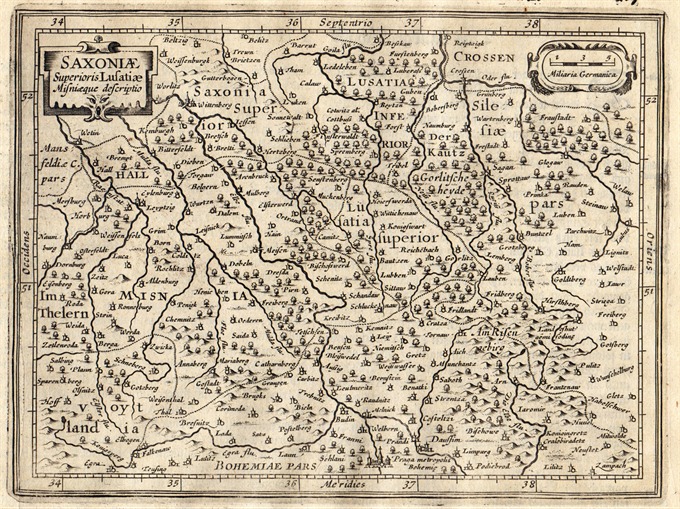 This detailed small map covers the region including Erfurt, Weimar and Gotha. It provides information on the extensive river system and locates hundreds of tiny villages. The strapwork title cartouche incorporates the distance scale at lower right and the sign of Kaerius. From the Mercator Hondius “Atlas Minor” published in Amsterdam in 1648 at Jannsonius. In 1607 Jodocus Hondius published a reduced size version of Mercator’s “Atlas”, itself suitably … 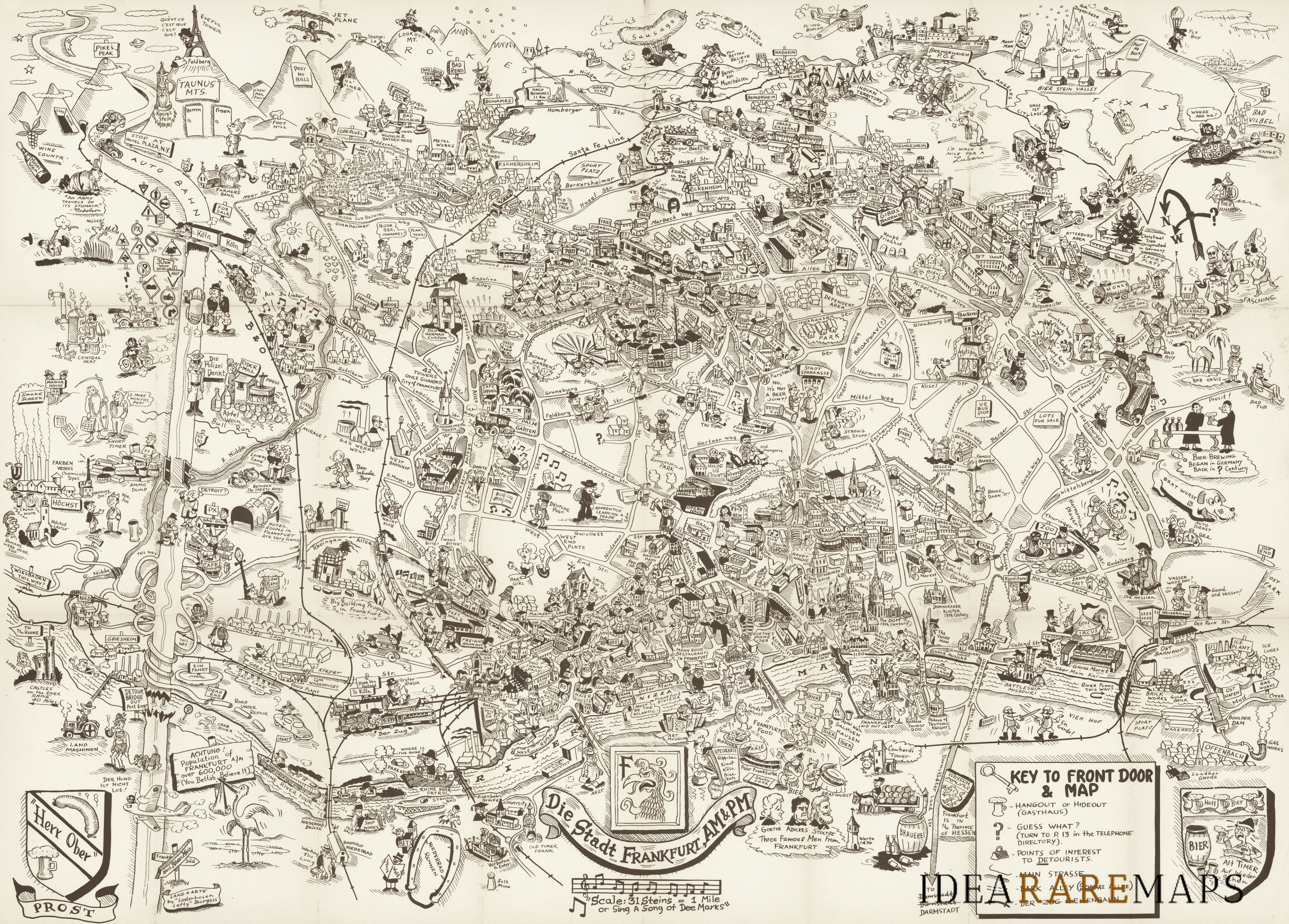 A rare very detailed cartoon map of Frankfurt am Main published in Darmstadt in 1954 by Stars UY Stripes. All the historic sites, streets and famous buildings are labeled and many of them are illustrated by lovely vignettes or caricatures (see Beethoven, Goethe, Stolze, Adickes and others). The funny map drawn by Byrel W. Burgess shows also all the Frankfurt greater area with a particular attention to the American presence (schools, hospitals, posts etc.). Chicago it’s curiously drawn in top right corner. 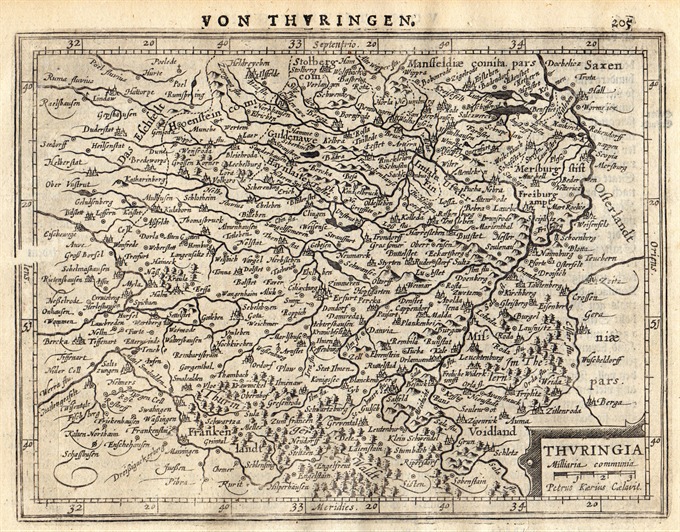 Lower Saxony and Mecklenburg are the central theme of this appealing map. It covers from Lubeck and the Baltic Sea in the north to Celle, Rathenow and Spandau in the south. Adorned with strapwork title and scale cartouches. From the Mercator Hondius “Atlas Minor” published in Amsterdam in 1648 at Jannsonius. In 1607 Jodocus Hondius published a reduced size version of Mercator’s “Atlas”, itself suitably titled “Atlas Minor”. The maps were … 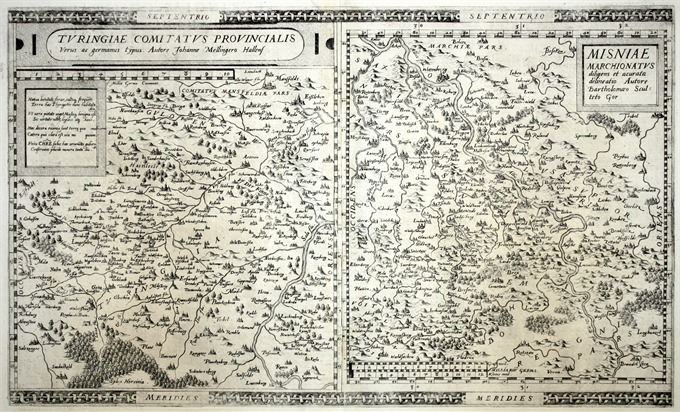 Important and rare map of this Germany’s area. In 1578, Gerard De Jode published his atlas entitled Speculum Orbis Terrarum.This work, likely due to the strong market presence of Ortelius’ Theatrum Orbis Terrarum, sold poorly. This map comes from the second and last edition of the Atlas by Cornelis De Jode. [cod.1240/15] 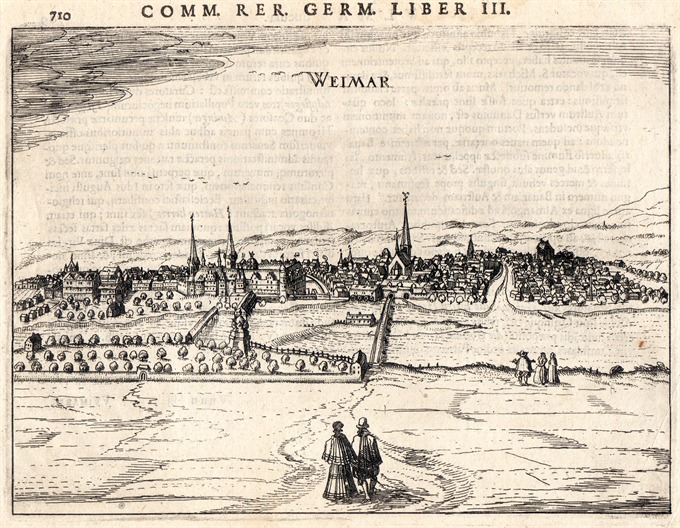 Nice town view of Weimar in Thringen from Bertius’s “Commentariorum rerum germanicum libri tres” published in Amsterdam at Jannsonius in 1616. 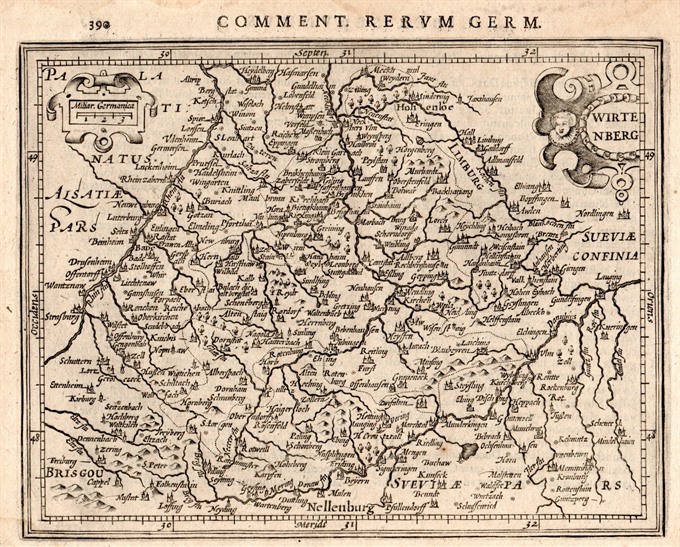 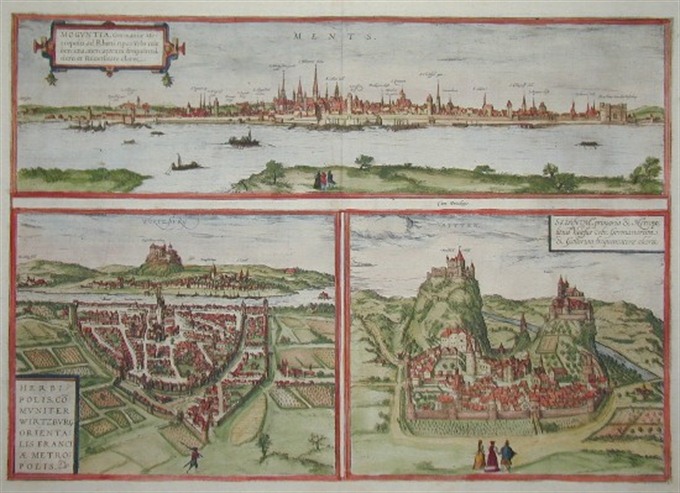 Three plans on one copper from Civitate Orbis Terrarum vol. I. Later Colouring.