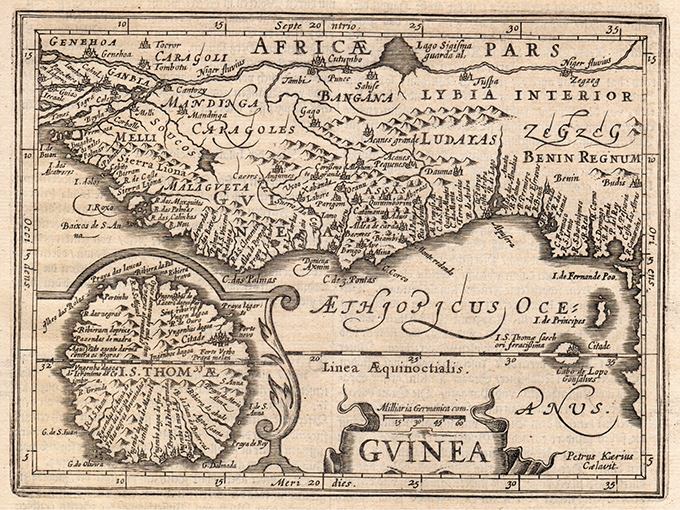 Reduced version of Mercator?s superb map of western Africa covering from Senegal, Rio Senega, to Cape Lopez on the Gulf of Guinea just below the equator. The map reflects the Portuguese