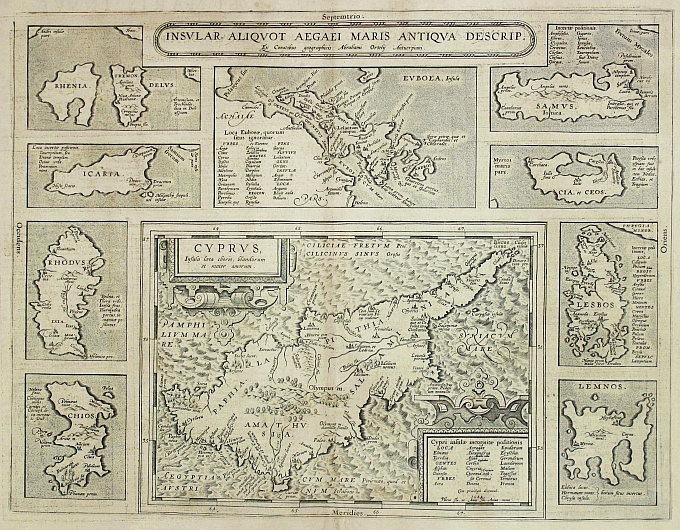 Fine and early historical map of Cyprus surrounded by nine smaller maps of Aegean islands (Rinia and Dilos, Nicaria, Eubea, Samos, Keos, Rhodes, Chios, Lesbos, Lemnos). From the 1624 final edition by Balthasar Moretus of the first historical atlas ever published. Ortelius?s Parergon began as a companion to his Theatrum but eventually it became an independent work. In fact, this collection of maps of the ancient world was so significant that it became the model for all historical atlases publishe