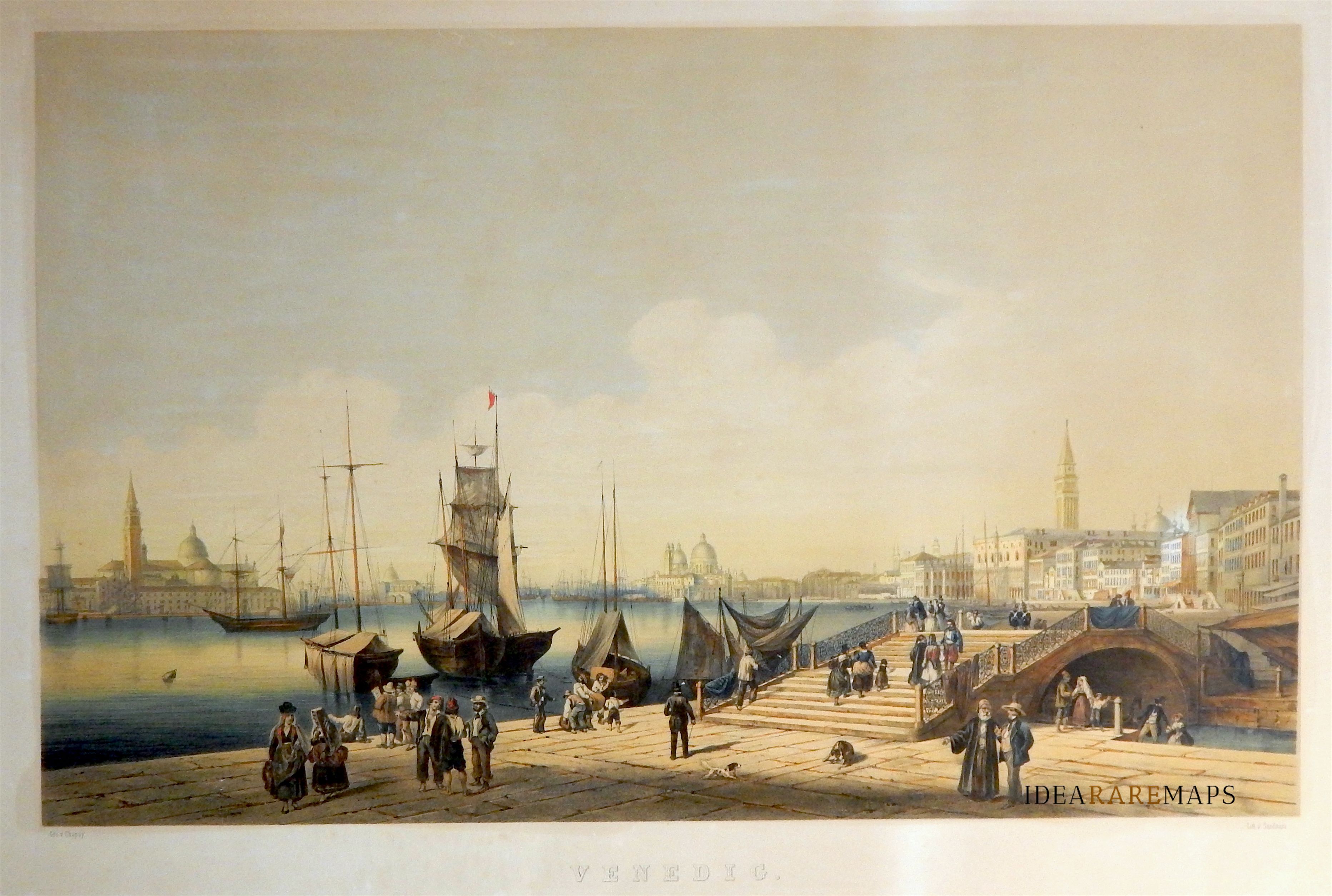 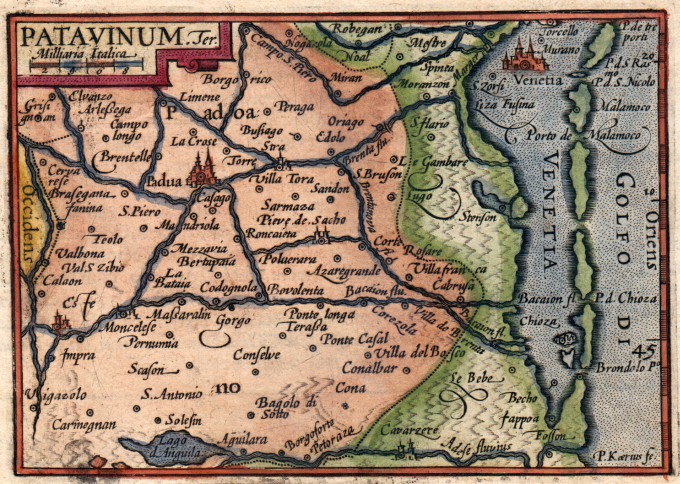 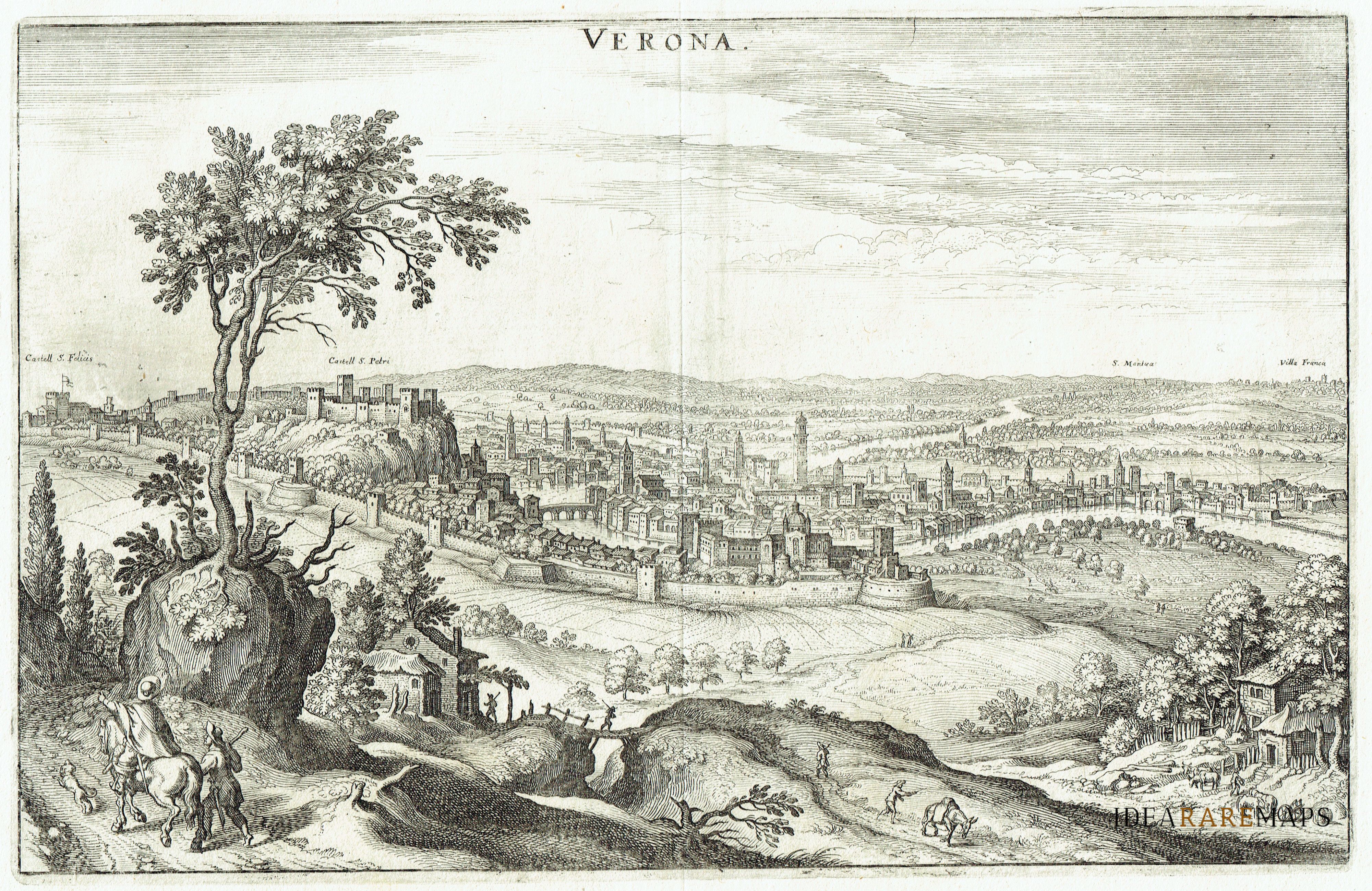 Very nice prospect view of Verona from Zeiller’s “Itinerarium Italia Nova Antiqua” published by Merian in Franckfurt in 1640. Mattheus Merian was a notable Swiss engraver, born in Basle in 1593, who subsequently studied in Zurich and then moved to Frankfurt where he met Theodore de Bry, whose daughter he married in 1617. They had numerous children together, including a daughter, Anna Maria Sibylla Merian, born in 1647. She became a pioneering […] 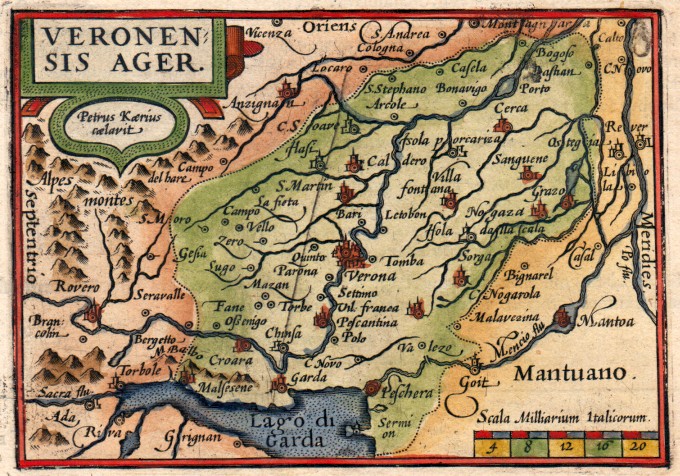 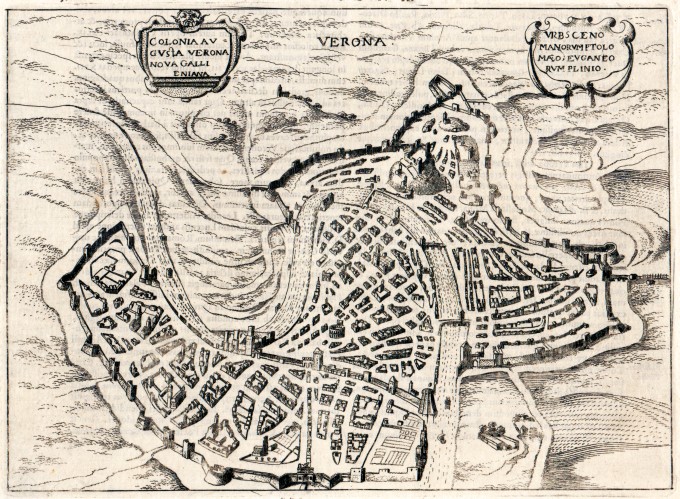