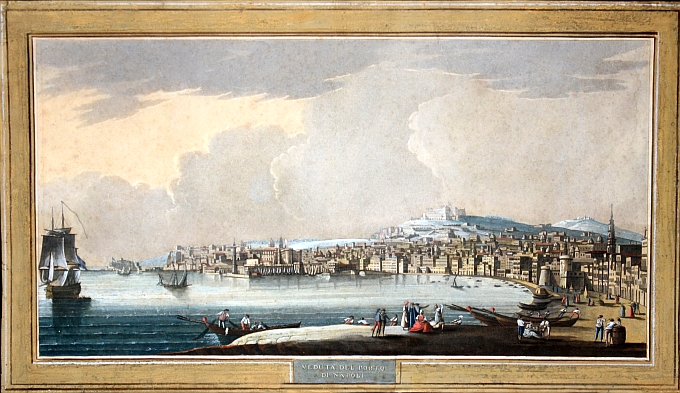 Rare and very decorative view of Neaples from the harbour. Published in Florence by Giuseppe Tofani in 1805 ca. Important original colouring. [cod.877/15]

Rare and very decorative view of Neaples from the harbour. Published in Florence by Giuseppe Tofani in 1805 ca. Important original colouring. [cod.877/15] 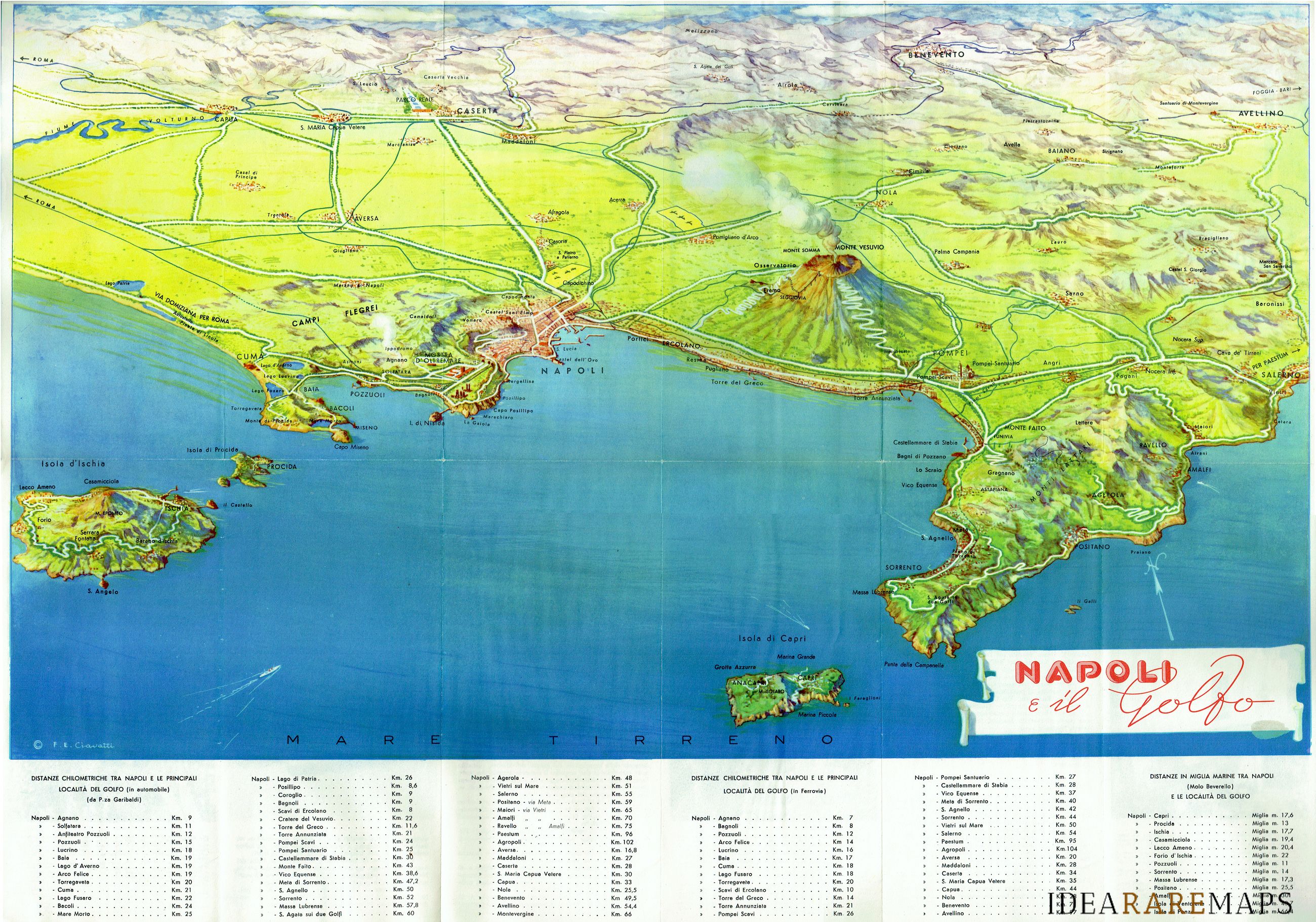 A beautiful bird’s eye view of Naples and its Gulf with Ischia, Capri, Procida in the foreground and mount Vesuvius smoking. The striking colorfull view, drawn by F.E. Ciavatti, extend from Cuma to Salerno with in the background Benevento and Avellino. Below legenda listing the distance from the various places to Naples. 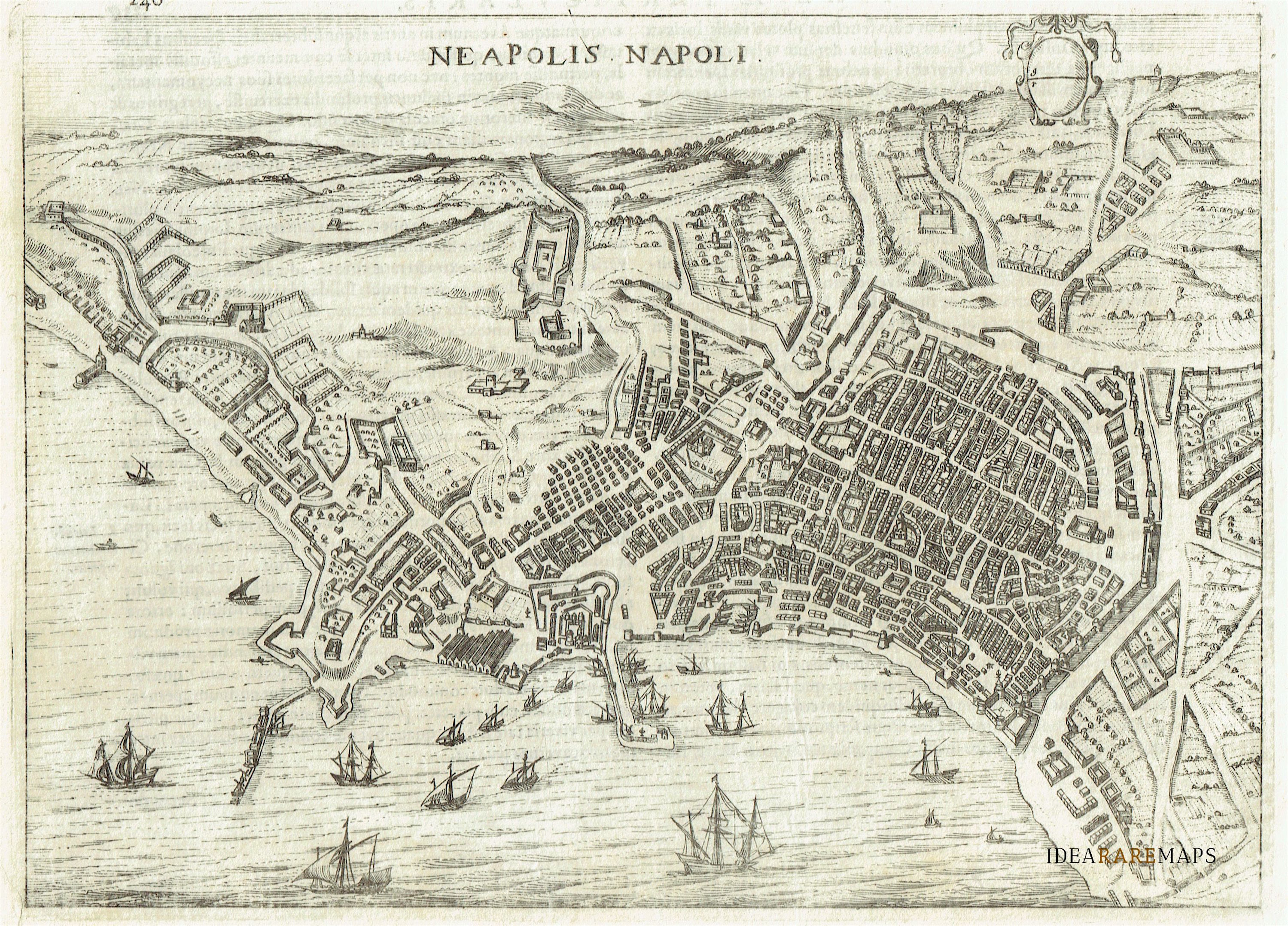 Uncommon copper engraved prospect view of Naples from Nova et Accurata Italiae Hoderniae Descriptio by Jodocus Hondius published in only one edition in Leiden by Bonaventura and A. Elsevir press in 1627. Jodocus Hondius the Elder (1563-1612), or Joost de Hondt, was one of the most prominent geographers and engravers of his time. His work did much to establish Amsterdam as the center of cartographic publishing in the seventeenth century. Born in Wakken but raised in Ghent, the young Jodocus worked as an engraver, instrument maker, and globe maker. 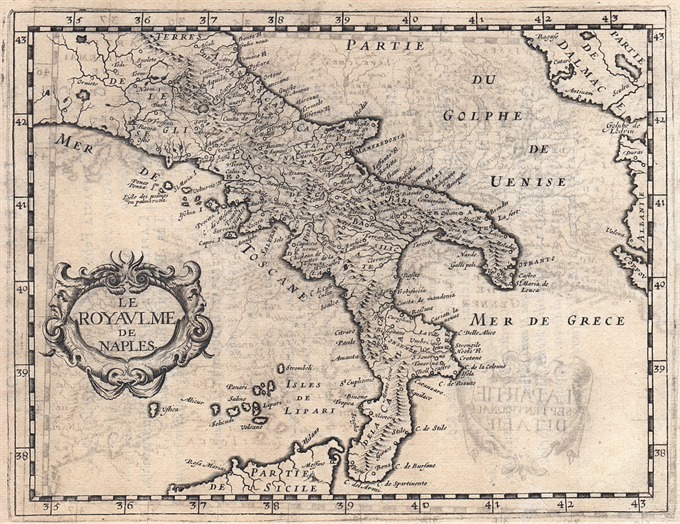 Nice and detailed map of Kingdom of Neaples from “Parallela geographica Italiae veteris et novae”, a rare work by Philip Briet published in Paris in 1649 at Sebastian Cramoisy. [cod.445/15] 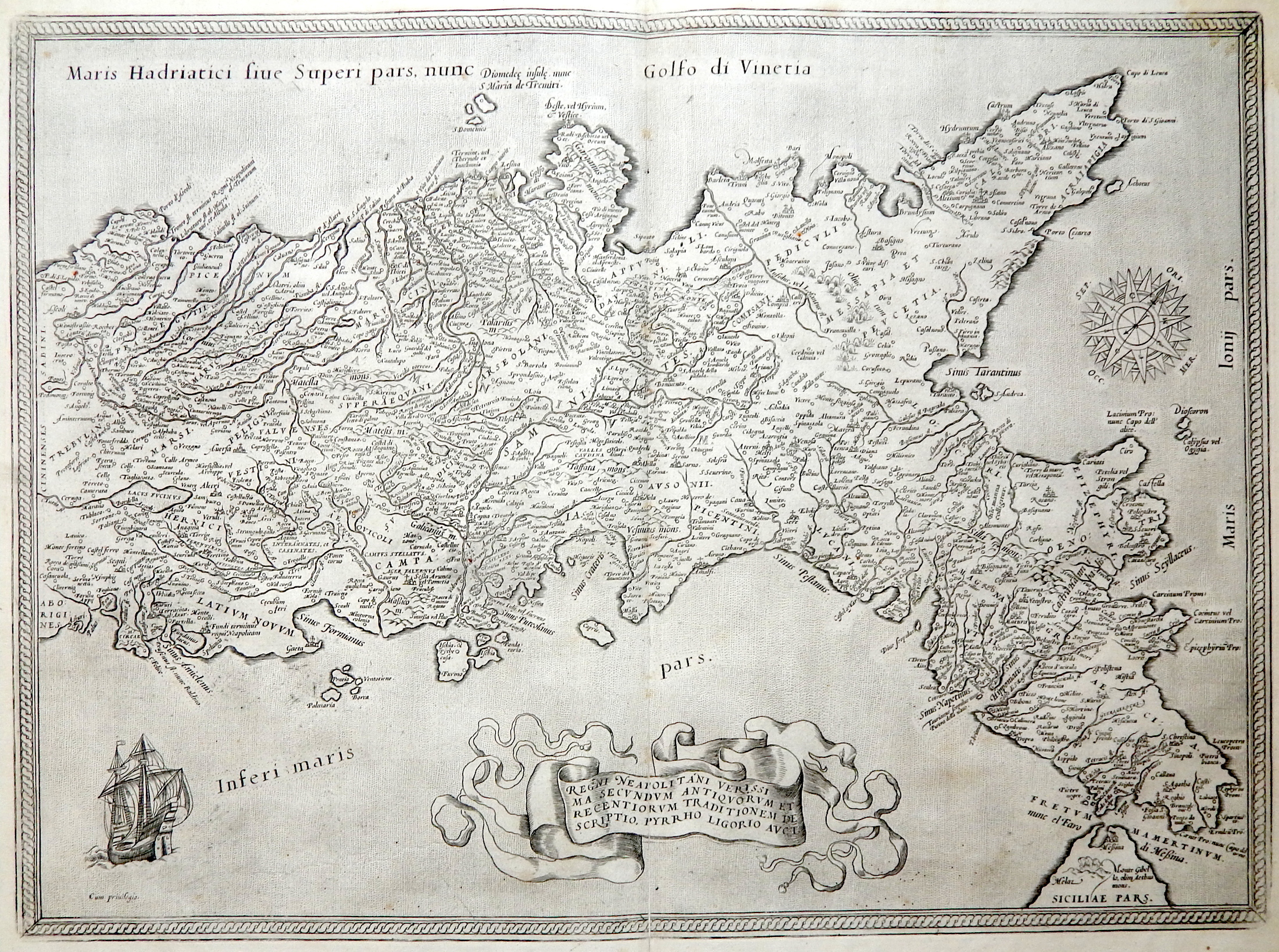 This is a beautiful map of southern Italy with north oriented to the left as identified by the handsome compass rose. The map is filled with detail and based on the work of Pirro Ligorio who was best known as an architect involved in the building of St. Peter’s in Rome. The title is contained in a flowing banner and a fine sailing ship further adorns the map. From the famous Theatrum Orbis Terrarum by A. Ortelius published in Antwerp in 1574.