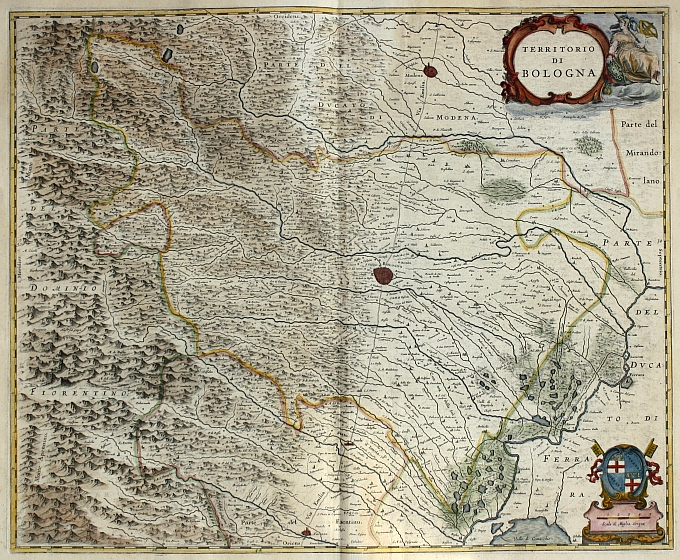 Fine map of Bologna embellished by two cartouches. From the french edition of Atlas major published in Amsterdam in 1667. The famous Blaeu’s firm was founded in 1596 by Willem Janzoon Blaeu (1571-1638) then continued by his two sons Cornelius (1616-1648) and Johannis (1596-1673). Their greatest cartographic achievement was the publication of the magnificent Atlas Major with 600 maps all finely engraved and embellished by elaborate cartouches, heraldic detail and especially by splendid calligraphy. The Atlas Major represents one of the finest moments in cartography. The firm shut down in 1672 when their offices were destroyed during the Great Amsterdam fire. A year afterwards Johannis Blaeu died. The firm’s surviving stocks of plates and maps were gradually dispersed, some of the plates being bought by F. de Wit and Schenk and Valck, before final closure in 1695. [cod.015/15]