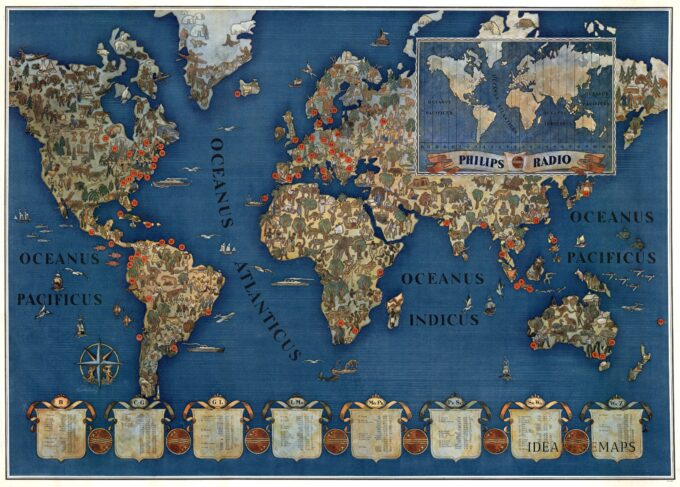 Amazing pictorial map of the world’s international short wave radio stations, with each continent crammed with imagery. The map was drawn by Walter Eckhard (1903-1982) and published in Eindhoven, 1953 by the radio division of Philips. Superimposed on the map are red circles indicating the locations of dozens of shortwave radio stations. Small drawings throughout represent genre scenes depicting the people, plants and animals. Includes detailed index to the stations on the lower margin and compass rose shown on the lower left.