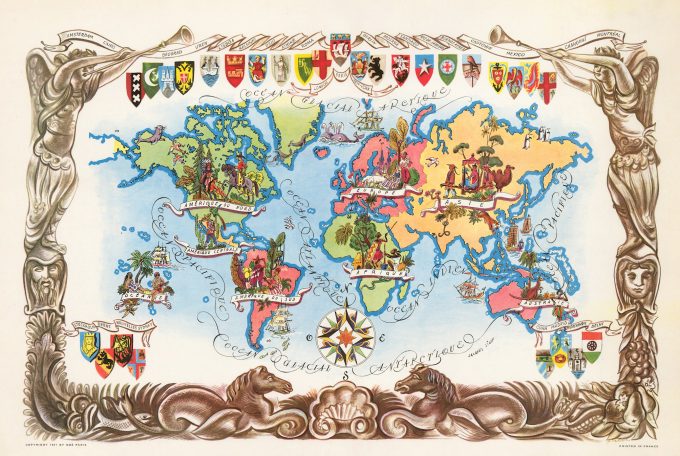 Color pictorial map of the world with decorative border and coat of arms of major cities. Designed by Jacques Liozu, published by Ode Paris in 1951.