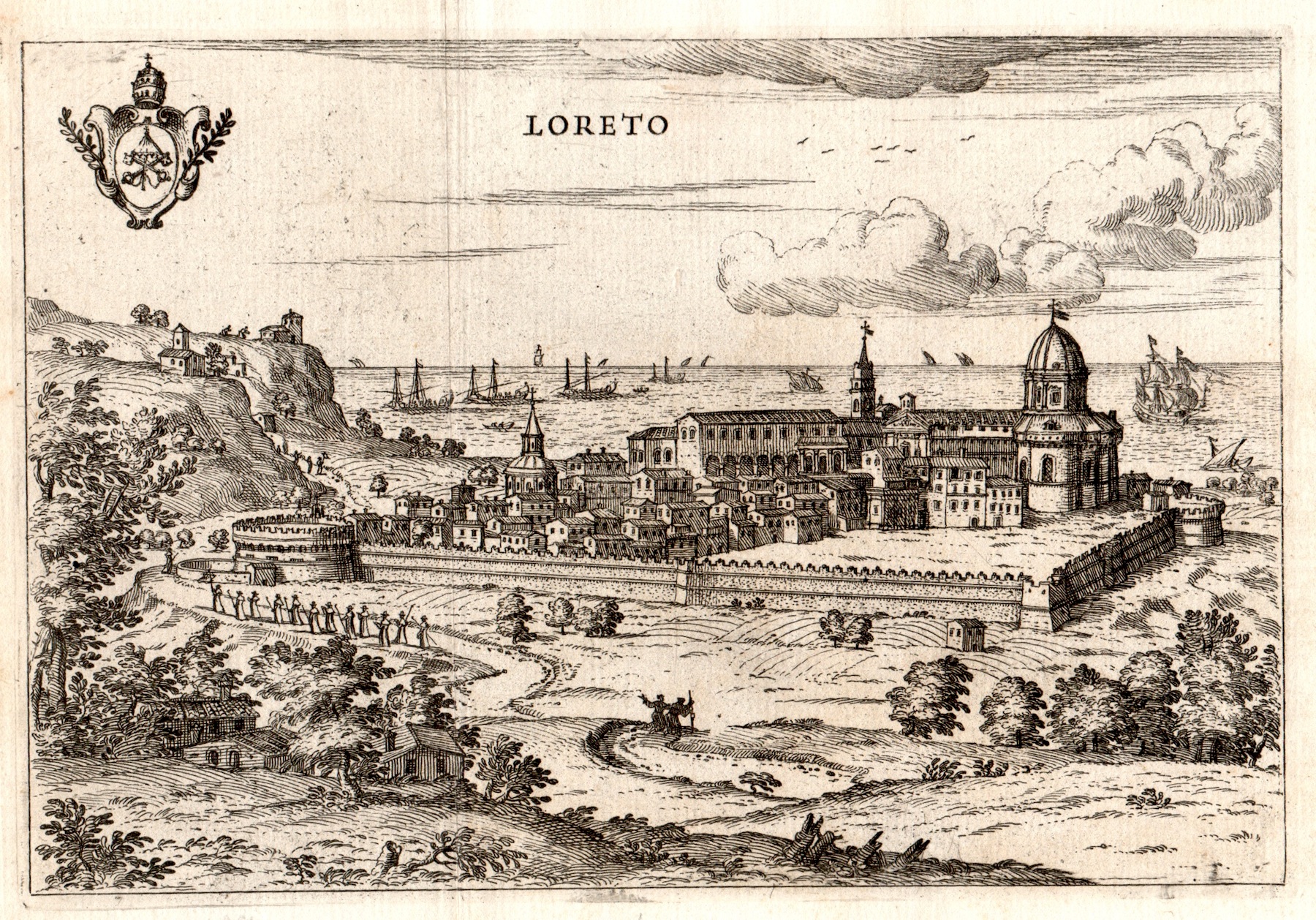 Copper engraving from “Il nuovo itinerario d’Italia…” published in Rome in 1699 at P.Rossi.

Copper engraving from “Il nuovo itinerario d’Italia…” published in Rome in 1699 at P.Rossi. 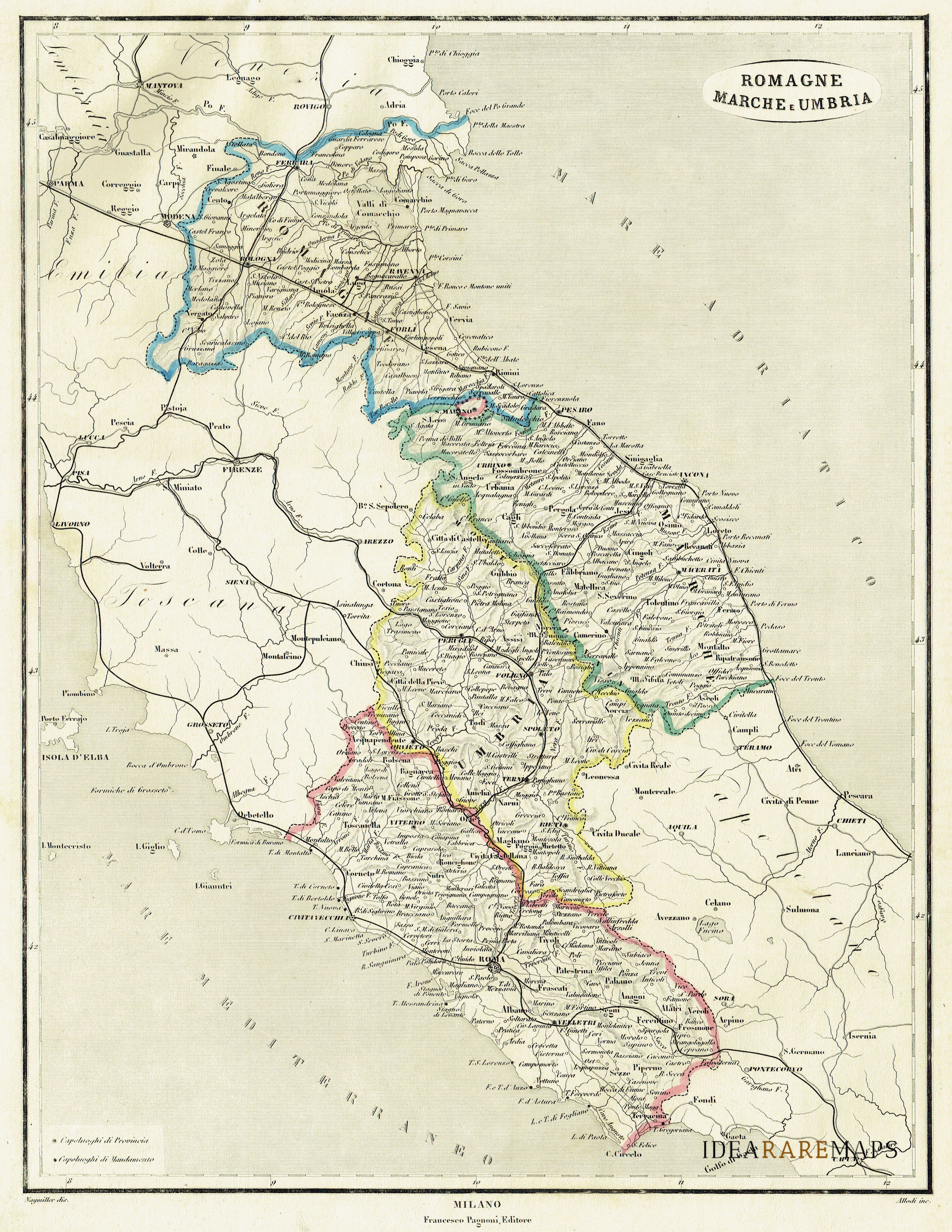 Uncommon regional map showing Emilia Romagna, Marche, Umbria San Marino and Lazio after the third independence war so it’s one of the first map with the new regional borde. The map was finely engraved by Pietro Allodi after a drawn by Filippo Naymiller. From Atlante di geografia universale: cronologico, storico, statistico e letterario. Milan, 1860 at Tipografia Pagnoni. Includes a second sheet of text providing really interesting geographical and statistical information on Rome, Bologna and the other cities of the Italian regions. 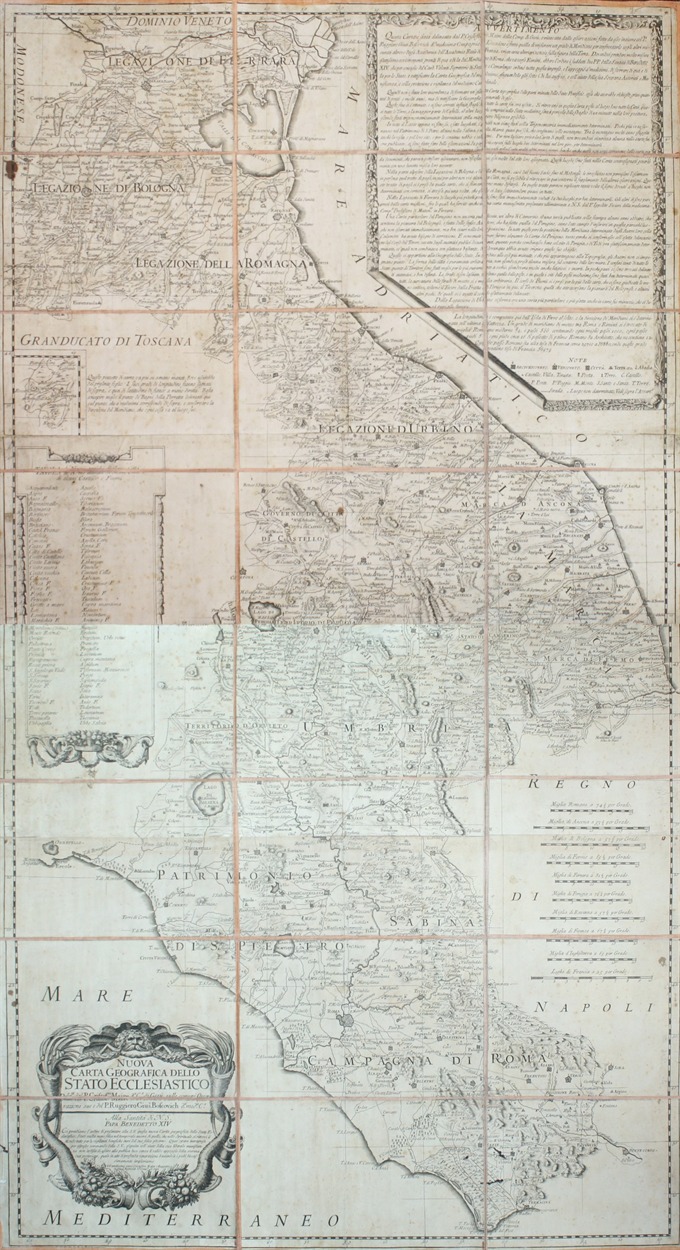 Scarce map of the Jesuits Maire and Boscovich, resulting from their geodesic survey of the Rome-Rimini meridian published in 3 sheets in Rome in 1755. The important map was joined then dissected into 24 segments and mounted on linen. [cod.1053/15] 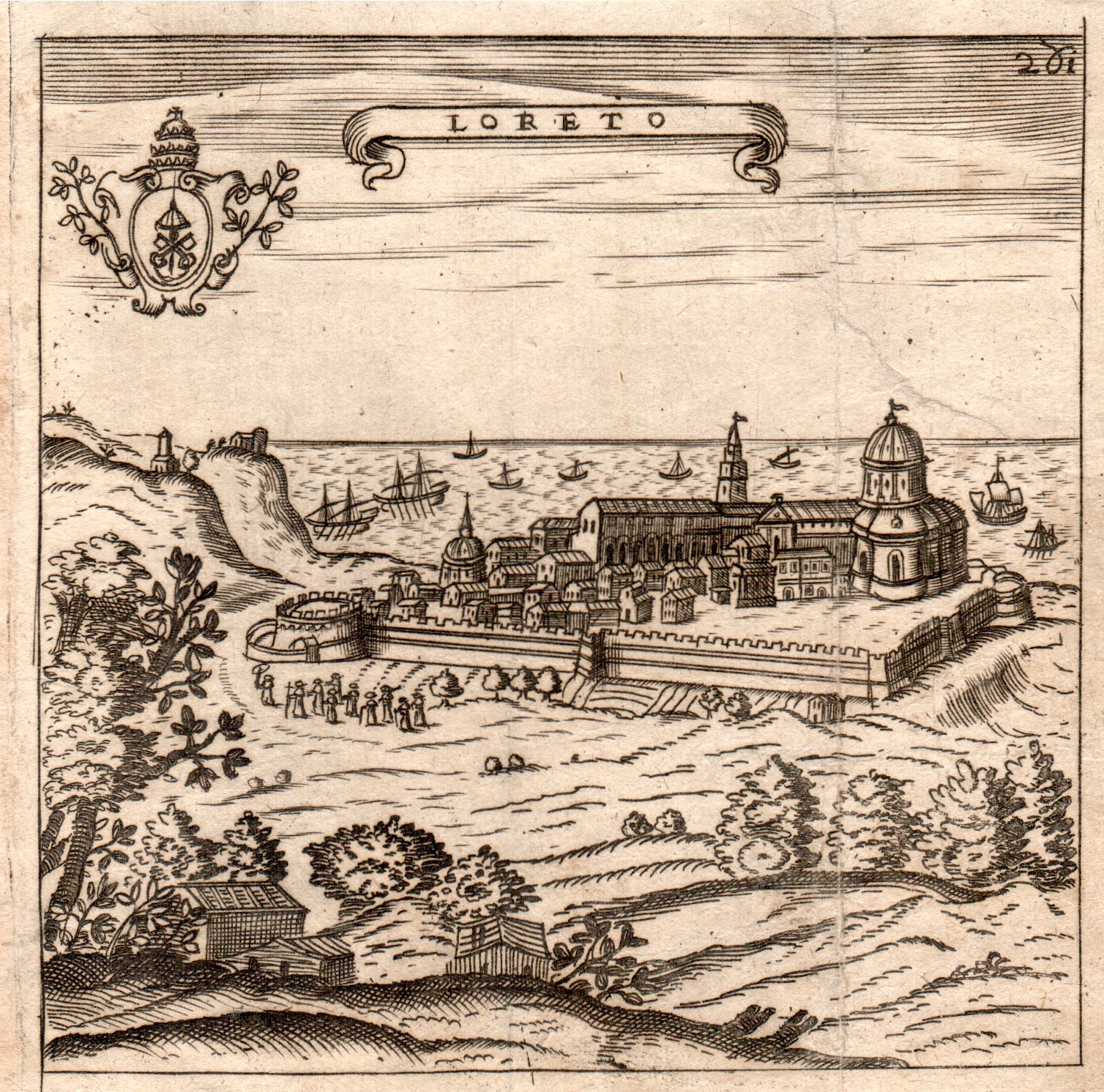 View of the town from “Itinerario overo decrittione de’ viaggi principali in Italia” by Francesco Scoto published in Venezia by Brigonci in 1679. [cod.249/15] 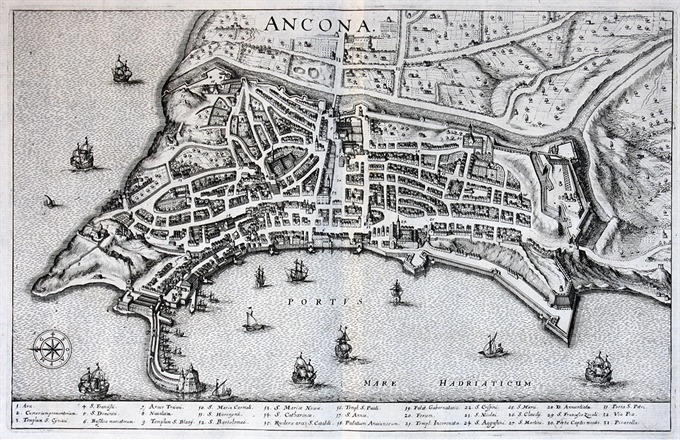 Very nice Merian’s prospect view of Ancona from “Topographia Italiae” published in 1688. Mattheus Merian was a notable Swiss engraver, born in Basle in 1593, who subsequently studied in Zurich and then moved to Frankfurt where he met Theodore de Bry, whose daughter he married in 1617. They had numerous children together, including a daughter, Anna Maria Sibylla Merian, born in 1647. She became a pioneering naturalist and illustrator. Two of their sons […]