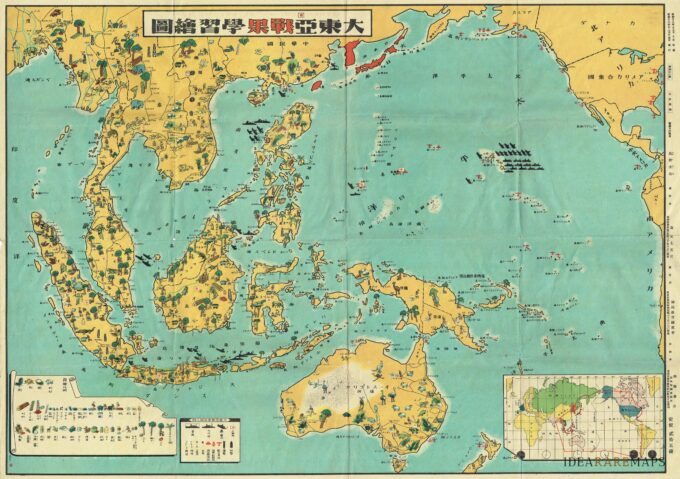 Interesting pictorial map of Southeast Asia, Oceania, Australia, and the Pacific published by Keiu Hatano in 1944. Centered on Philippines, Indonesia, and Papua New Guinea the map extends to Alaska and the entire eastern coasts of the Americas.
Below there are two inserts explaining the several vignettes on the map; One of the keys pertains to war and includes symbols representing naval and air force bases, active and sunken ships. Not included within these keys are several animals found throughout the map that include Kangaroo and Ostrich in Australia, crocodiles, monkeys, and tropical birds in Indonesia, as well as rhinos and water buffalo in Bangladesh and Burma. At lower right inset a world map in Mercator projection.