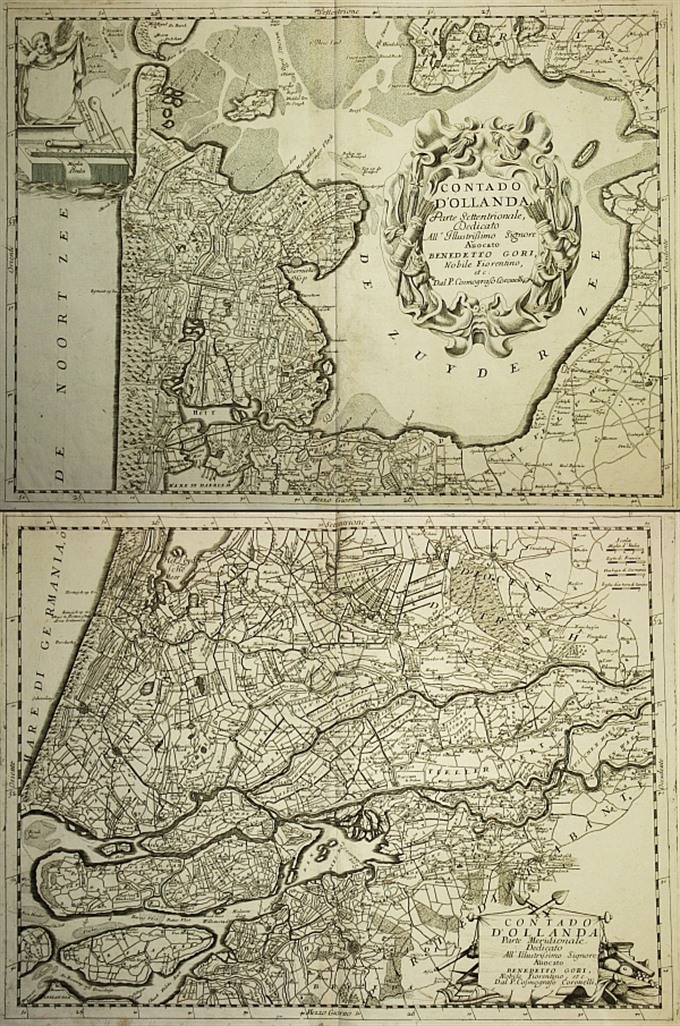 A stunning example of Coronelli’s map of Holland in two sheet to join. The upper sheet covers from Friesland to Amsterdam including all of the Zuyder Zee. The southern map covers from the Haarlem Meer south to Breeda and east to Batenborg. This map also prominently displays Holland’s elaborate canal and irrigation network. Each sheet has its own very decorative title cartouche engraved in the Italian baroque style. From Corso Geografico Universale by Coronelli published in Venice in 1690. Vincenzo Maria Coronelli is widely recognised as one of Italy’s most famous and greatest cartographers. He received an ecclesiastical education at the convent of the Minor Conventuals and also studied theology in Rome. However, his interests in geography and cartography were awoken early in his ecclesiastical career and never suppressed. He made very famous globes (including an impressive very large-scale pair for Louis XIV) and some of the most interesting and decorative atlases of all 17th century like Atlante Veneto, Isolario, Corso Geografico Universale, Libro dei Globi and also some pocket books about towns and islands. These important works are all finely engraved in his unique style with a high quantity of toponymic and historical information. In 1680 Coronelli also founded the oldest surviving geographical society “The Argonauts Academy”.