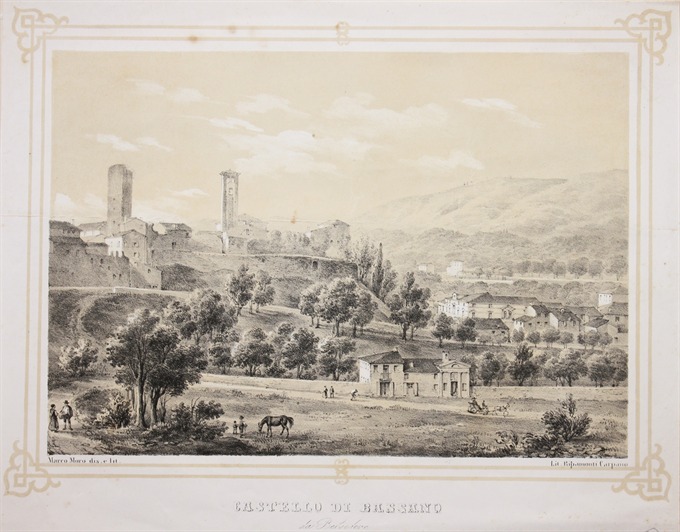 Very fine and rare panorama of Venice engraved by J.C. Leopold after Werner. Below with a text about the history of the town in Latin and German. Published in Augsburg in 1730

Map from the “Atlas Novus” published by Hondius and Jansson in 1639. 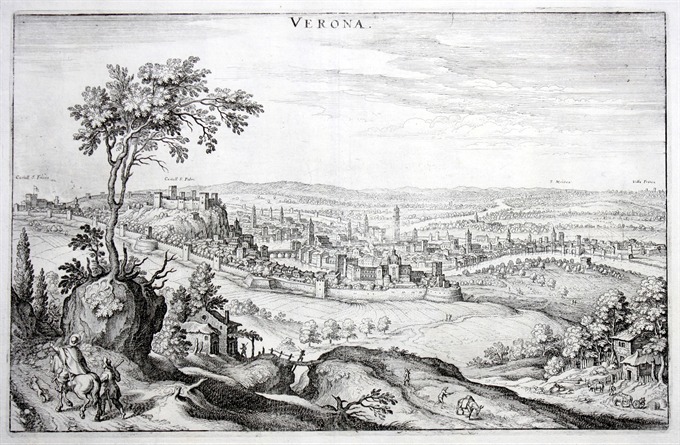 [SOLD] Very nice prospect view of Verona from Zeiller’s “Itinerarium Italia Nova Antiqua” published by Merian in Franckfurt in 1640. Mattheus Merian was a notable Swiss engraver, born in Basle in 1593, who subsequently studied in Zurich and then moved to Frankfurt where he met Theodore de Bry, whose daughter he married in 1617. They had numerous children together, including a daughter, Anna Maria Sibylla Merian, born in 1647. She became a pioneering […] 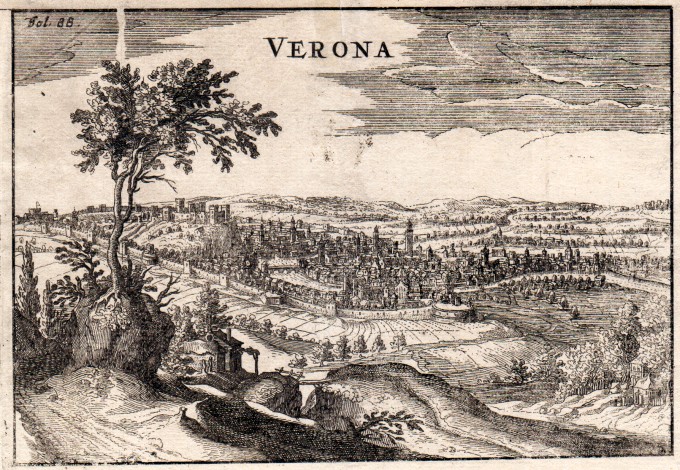 View of the town from the rare “Itinerarium Italiae” by Andrea Shotti (Scoto) published in Amsterdam in 1655. [cod.368/15]