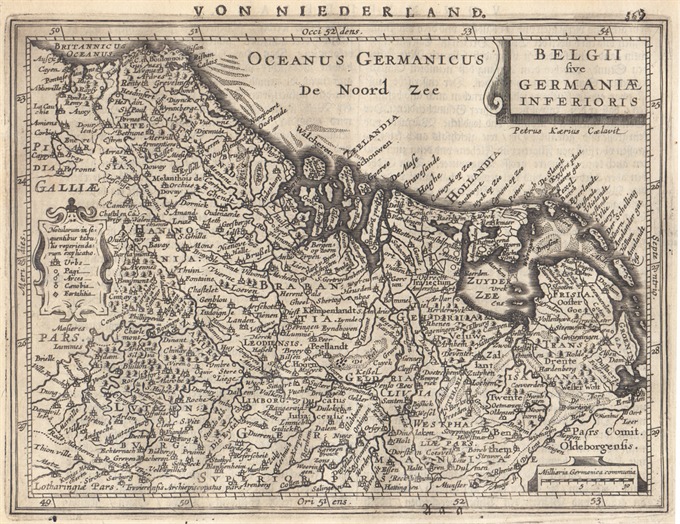 Fine map engraved by Petrus Kaerius, this map is filled with mountains, cities and villages. The map is oriented with north at right and is decorated with strapwork title, distance scale and key cartouches. From the Mercator Hondius “Atlas Minor” published in Amsterdam in 1648 at Jannsonius with german text on verso. In 1607 Jodocus Hondius published a reduced size version of Mercator’s “Atlas”, itself suitably titled “Atlas Minor”. The maps were copied from those of the great cartographer Mercator of around 1580-90 or were reductions of Hondius’ own maps of 1606. Almost 20 years later Joannes Janssonius commissioned a new set of copperplates to be engraved by Pieter Van Den Keere (Kaerius) and Abraham Goos. These maps were elegantly designed with decorative title cartouches, finely engraved and surprisingly detailed for their dimensions. Koeman “Atlantes Neerlandici” Me203.