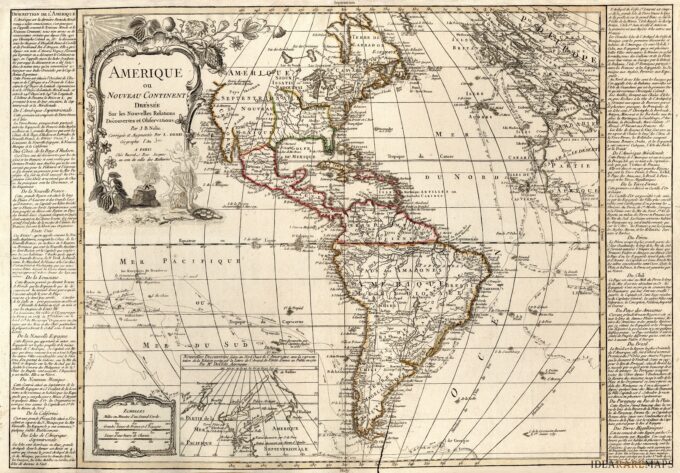 A fascinating engraved map dated third years after the French revolution showing all of North and South America published in Paris by Basset, based upon work of Johann Baptist Nolin. The map includes a large inset map showing the “New Discoveries” in the Northwest part of America, most notably the depiction of prospective routes from Hudson’s Bay and Baffin’s Bay to the Pacific Ocean, based upon information provided by Joseph Nicolas De L’Isle, reporting on recent discoveries by the Russians. At the left and right margins, the map includes a detailed description of America. Elaborate cartouche showing tobacco plant, native Americans smoking a pipe and apparently worshipping fire.