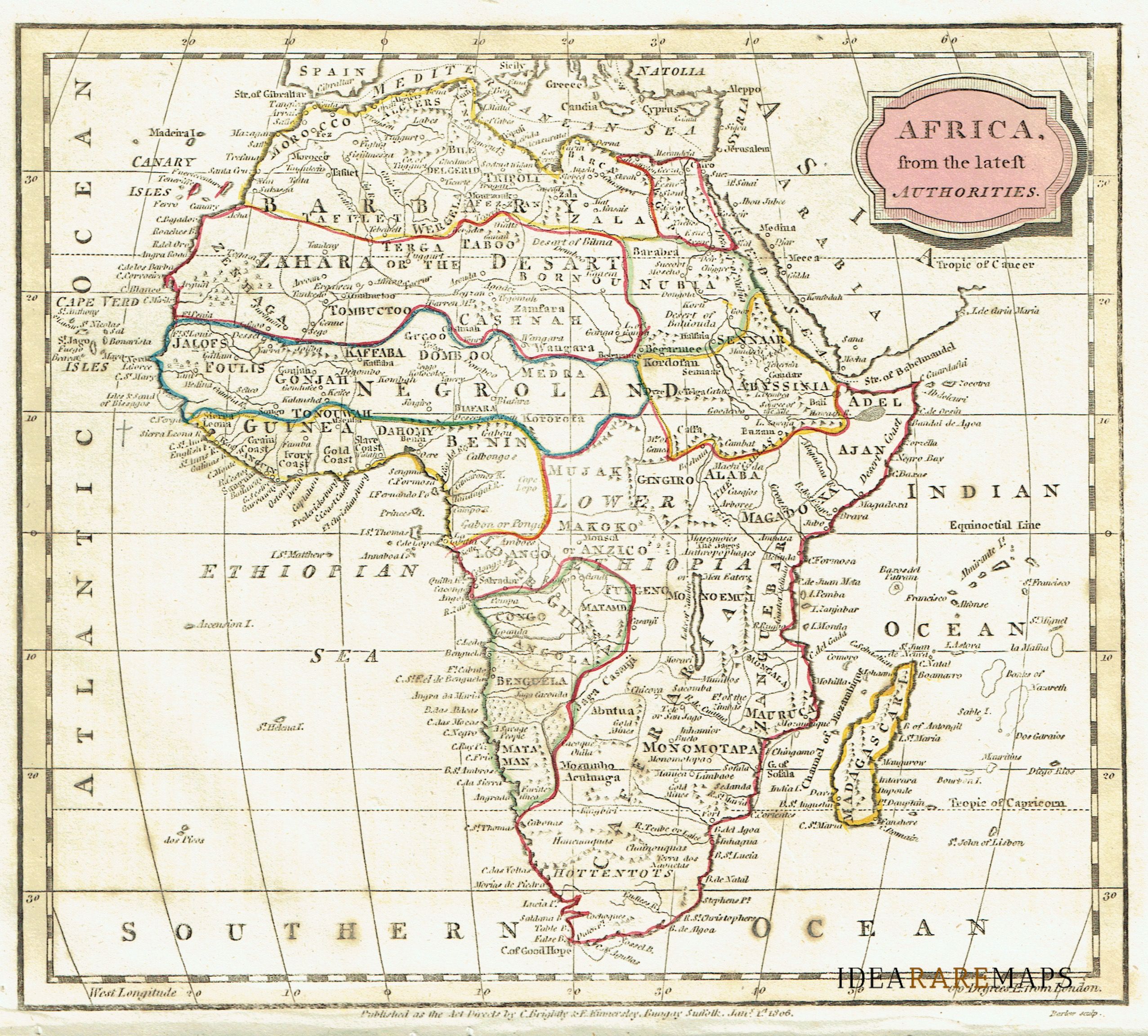 Africa from the best Authorities 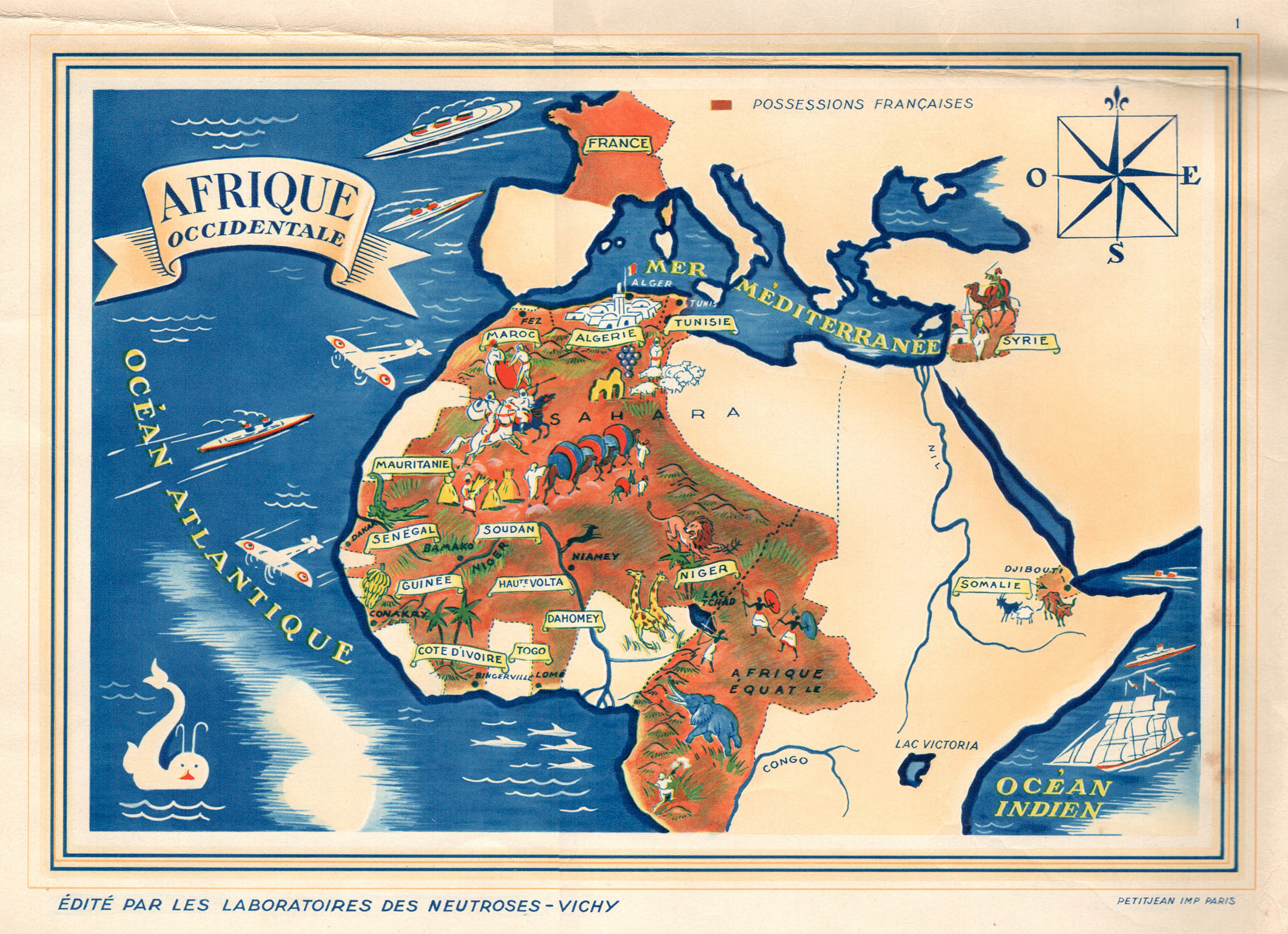 A lovely and uncommon map of French west Africa published in Paris by the pharmaceutical laboratories Neutroses-Vichy in 1939 at Petit Jean. The Morocco, Tunisia, Algeria, Niger, Mali, Mauritania, Senegal, Guinea, and the other french regions are symbolized by small vignette. 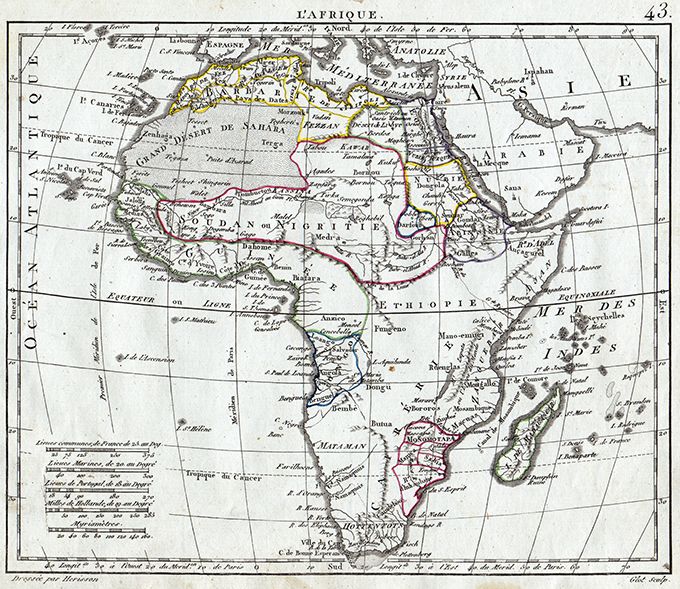 Interesting map of Africa engraved on copper by Glot. From the scarce “Atlas Portatif, contenant la Gographie Universelle Ancienne et Moderne” by Eustache Herisson published in Paris in 1809 at Desray. 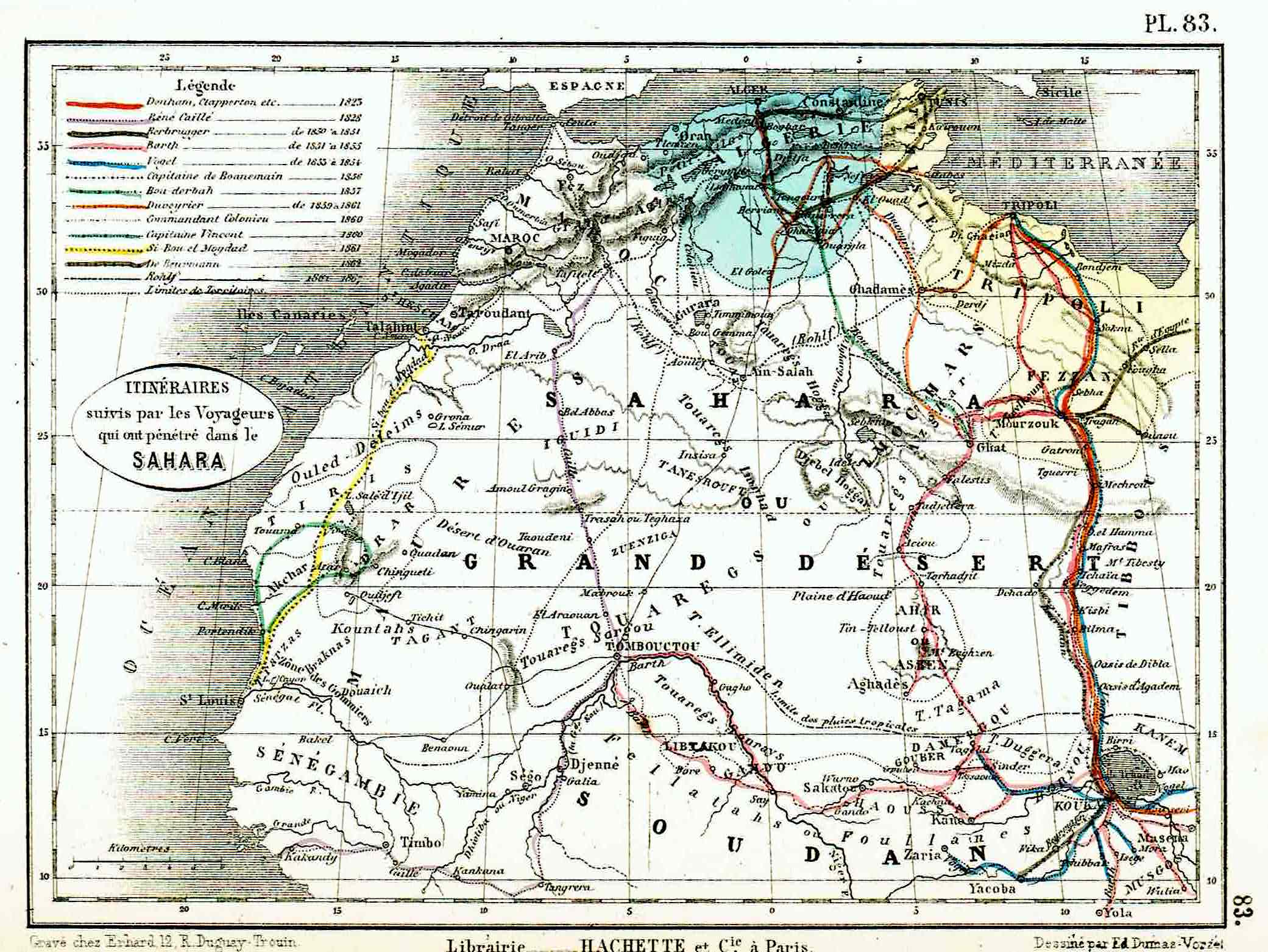 Interesting map showing the travels and discoveries of Africa centered on Sahara by Eduard Dumas-Vorzet from the famous Atlas Universel d’Histoire et de Geographie by Marie Nicolas Bouillet published in Paris in 1877. 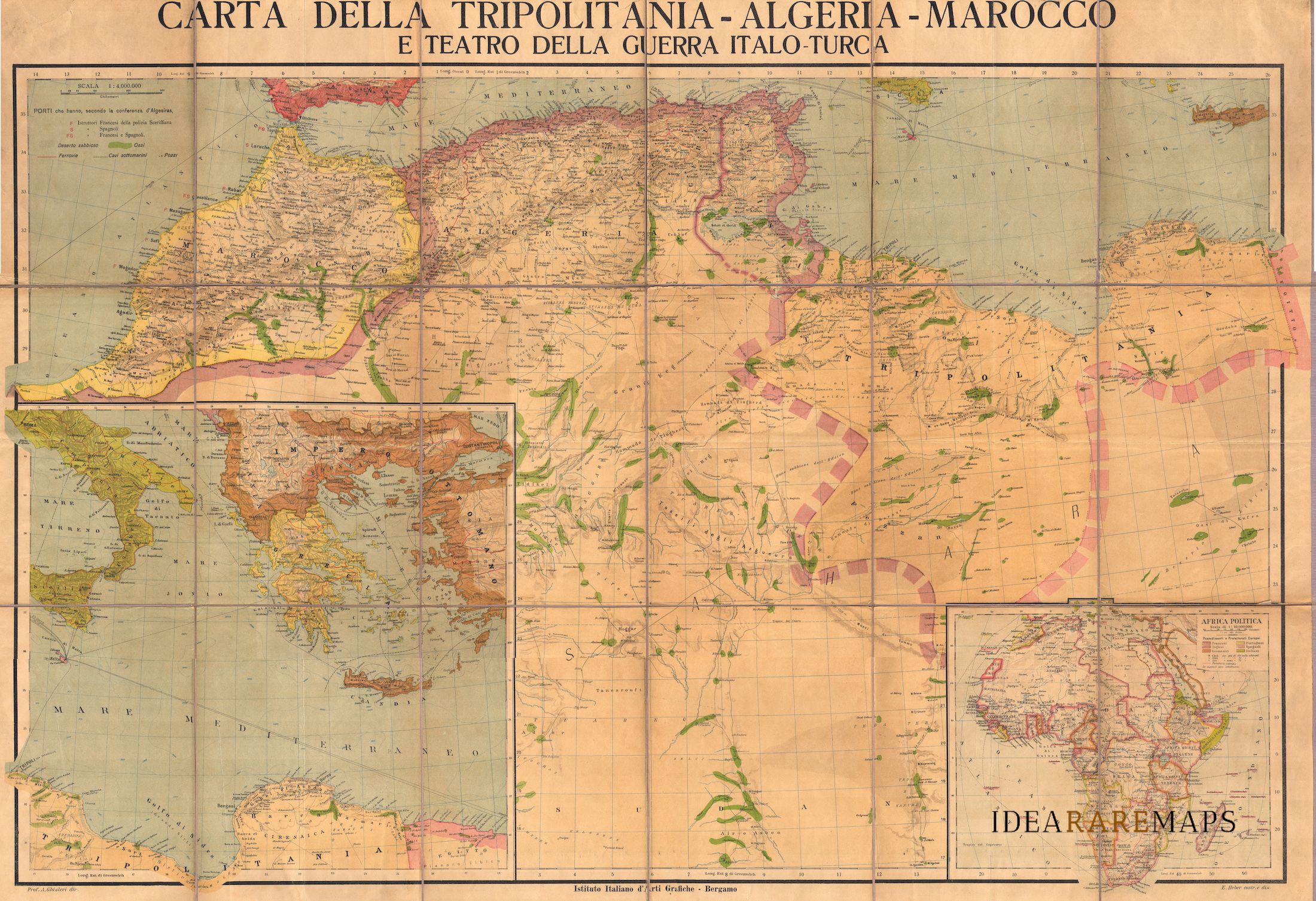 An important rare separate map showing northern Africa during the war between the Kingdom of Italy and the Ottoman Empire from September 29, 1911, to October 18, 1912. As a result of this conflict, Italy captured the Ottoman Tripolitania Vilayet (province), of which the main sub-provinces (sanjaks) were Fezzan, Cyrenaica, and Tripoli itself. These territories together formed what became known as Italian Libya. The Italo-Turkish War saw numerous military technological changes, notably the first use of the airplane for reconnaissance and bombing. Although minor, the war was a significant precursor of the First World War as it sparked nationalism in the Balkan states. Seeing how easily the Italians had defeated the weakened Ottomans, the members of the Balkan League attacked the Ottoman Empire starting the First Balkan War before the war with Italy had ended.
The interesting really detailed map by Arcangelo Ghisleri based on E. Heber published in Bergamo in 1911 shows also the entire Africa on the right and the Dodecanese and the Ottoman Empire inset on the left.