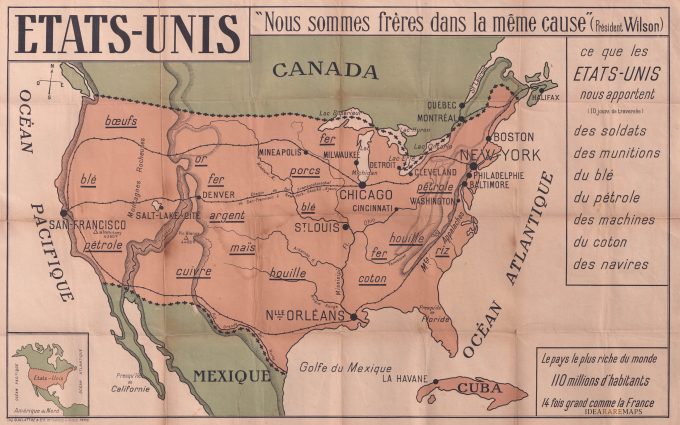 Rare large propaganda map quoting Woodrow Wilson (We are brothers in the same cause) published to reassure the French people that the United States had entered the war in support of the Allies after ending its policy of neutrality in early 1917. The map notes that America is the richest country in the world and identifies regions of US production that could be useful to France: in fact with only 10 days of crossing the Atlantic it was possible to supply soldiers, ammunition, wheat, oil, machinery, cotton, ships, beef, corn, rice, gold, iron, silver, copper and coal. Separate folded publishing at Imp. G. Delattre & Cie, 99 Fauborg de Temple, Paris 1917.