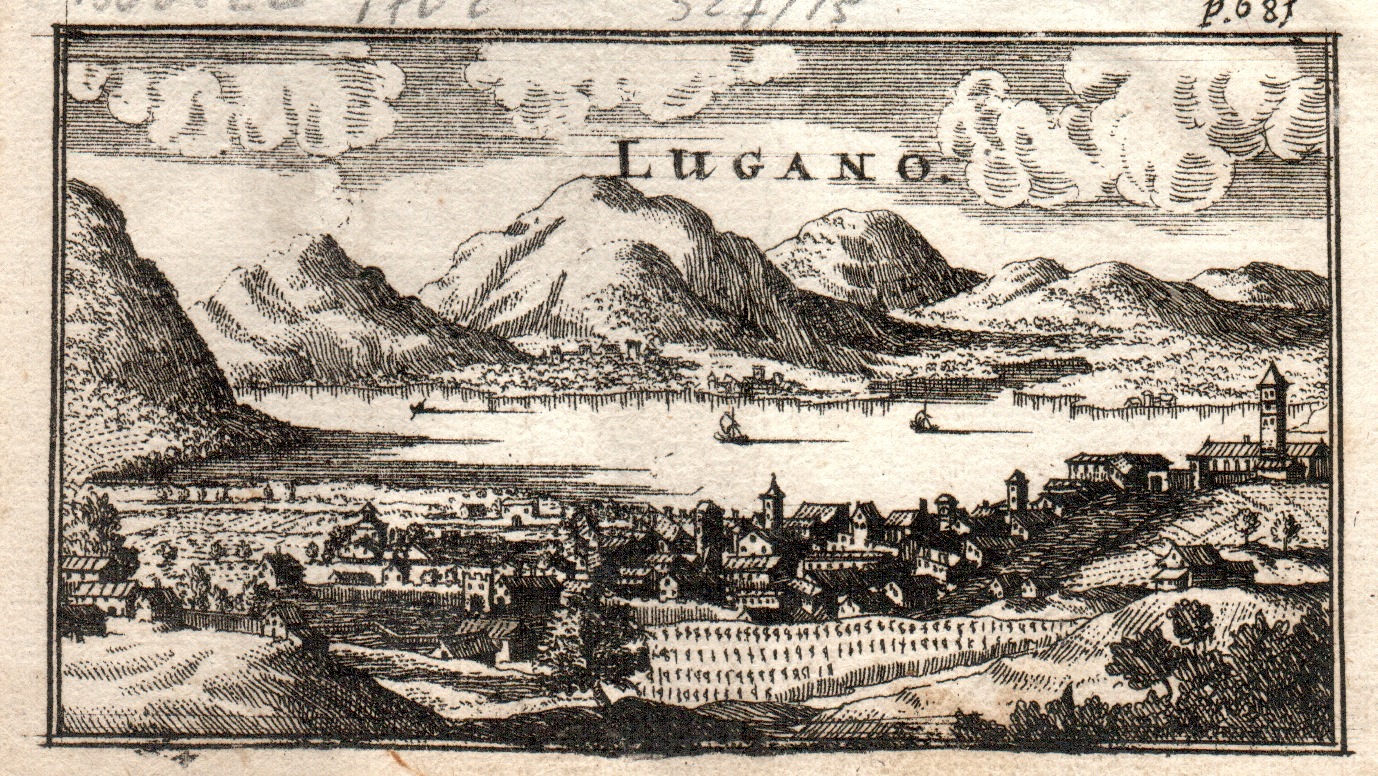 Very rare view of the town engraved by J. Buggel. From: “Das Neu-geharnischte Meyland…” by German Adlerhold, published in Nuremberg in 1702. 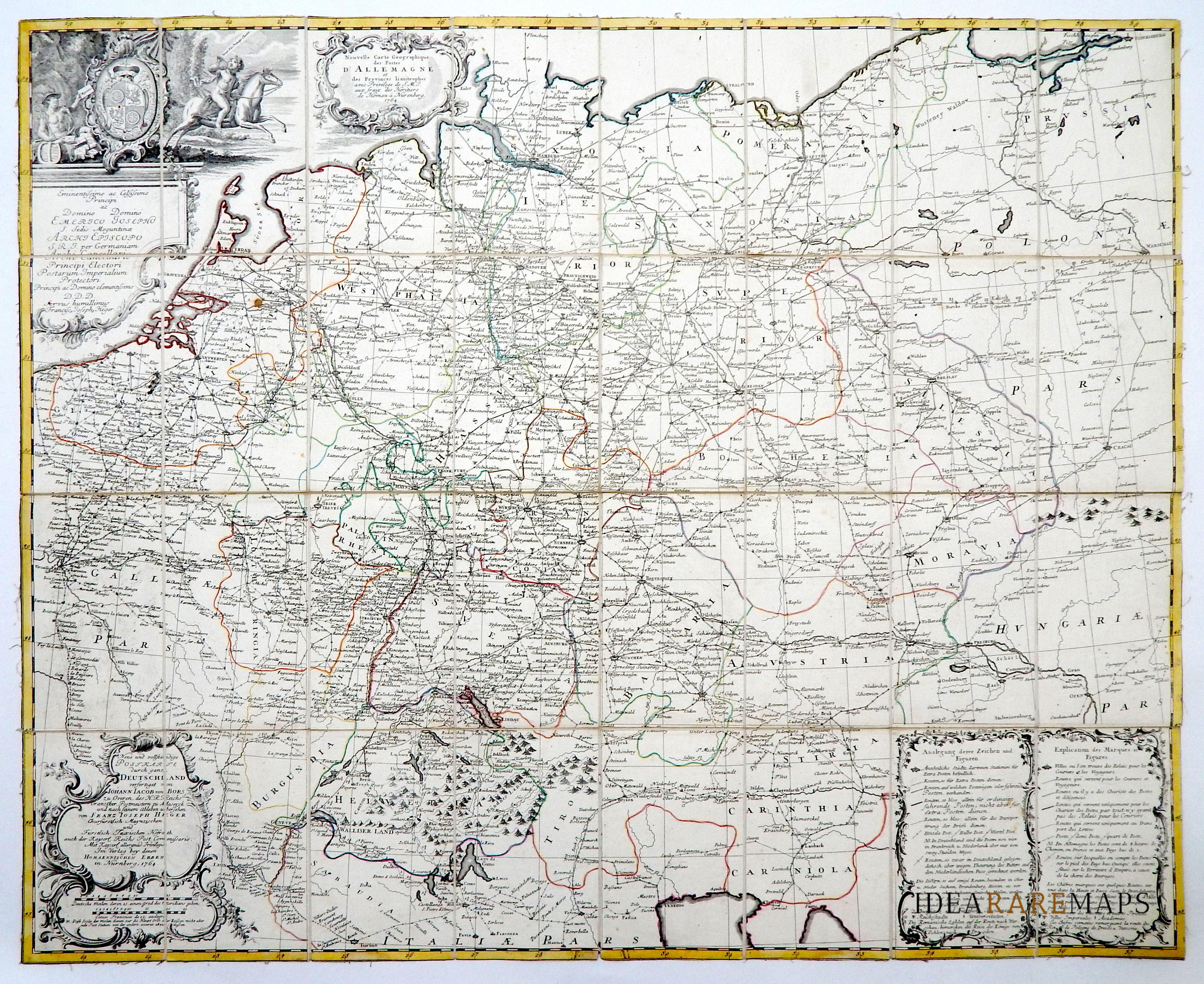 Very interesting engraved map compiled by Johann Jakob von Bors and Franz J. Heger, dissected and mounted on linen, showing the mail routes with distances measured in hours on horseback and hours with the stagecoach. The large map extending west to east from Paris to Cracau and north to south from Königsberg to upper Italy with the nice depiction of the important road from Venice to Turin via Milan, Bergamo and Brescia. Very decorative allegorical cartouches and lower left portions of map, key in French and German. Original colors in outline. In nice condition to be a separate publishing used in traveling. Published at Homann Heir in 1764 (dated). First Edition. 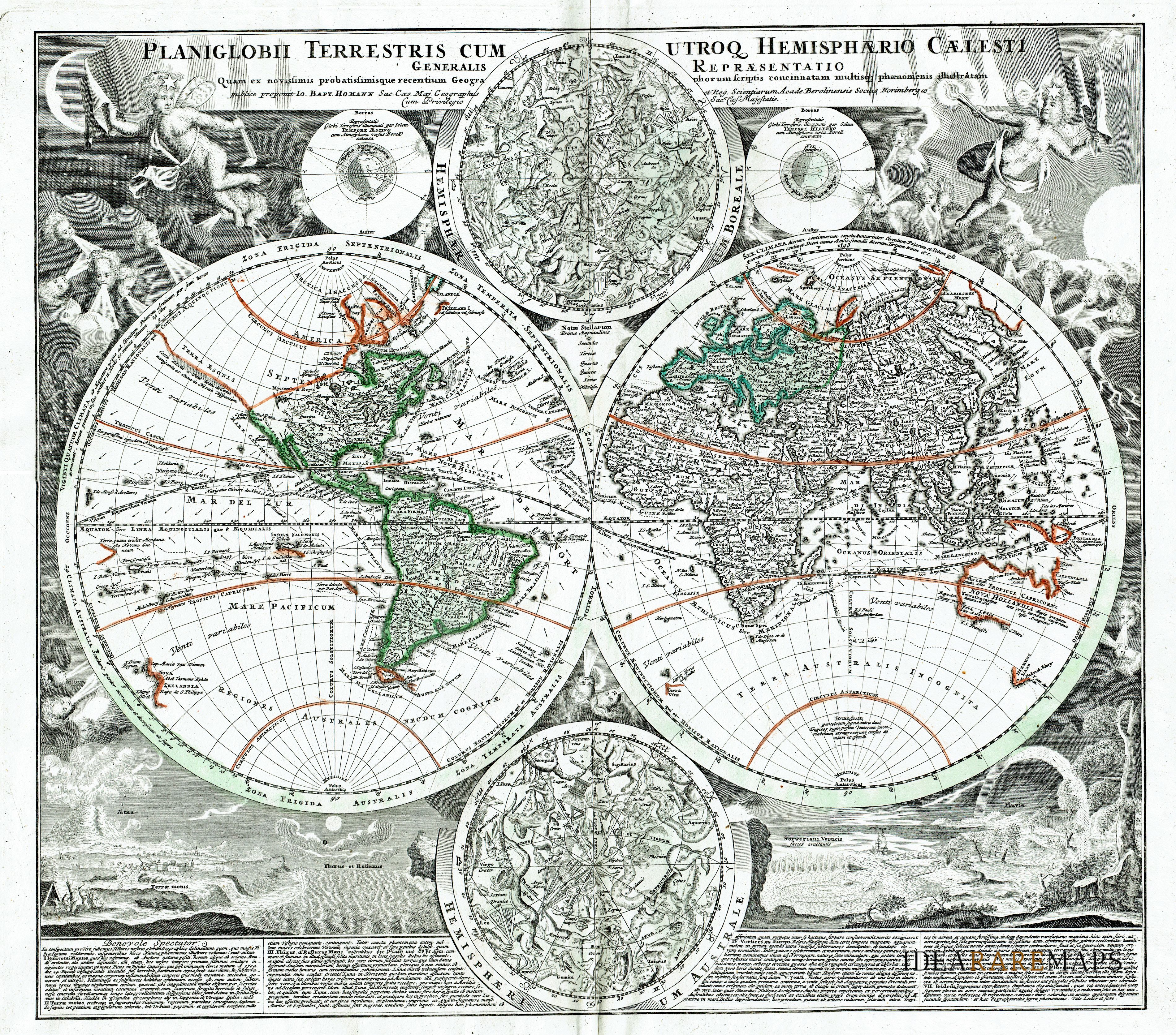 One of the most decorative eighteenth century world maps. This J.B. Homann’s double hemisphere map of the world is richly embellished with celestial models of the northern and southern hemispheres and other natural phenomena such as waterspouts, a rainbow, earthquakes, and the Mt. Etna in Sicily erupting. Wind heads occupy the starry heavens, and two cherubs hold the title banner aloft. The map includes many famous cartographic inaccuracies with an unusually elongated northwest coastline in North America, labeled Terra Esonis. It also shows an incomplete Australia, although with place names and notes of the early discoverers included. The east coast of New Zealand is shown, along with the Tracts of Tasman’s 1642 voyage and Magellan’s Voyage. The detail in Southeast Asia is very interesting for the period, as is the treatment of Japan. Interesting text panels at bottom describe the natural phenomena. 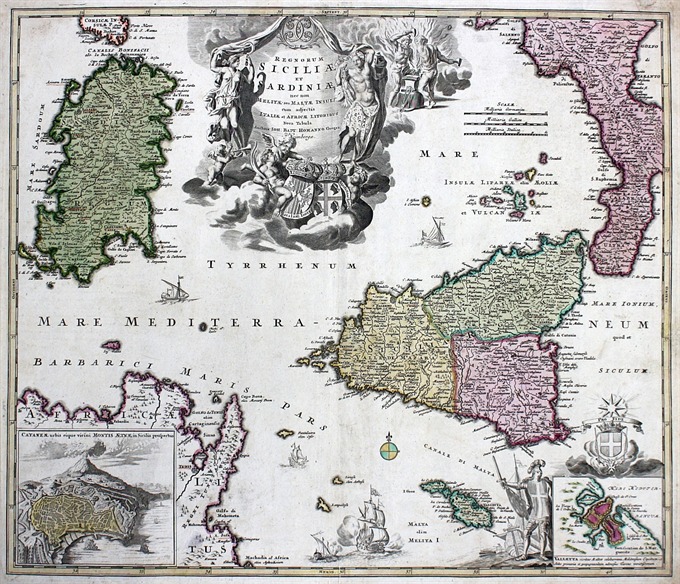 A very decorative map of Sicily and Sardinia from J.B. Homann’s Atlas Novus Terrarum published in Nuremberg in 1720. In the upper middle is a allegoric large cartouche with the title “Regnorum Siciliae et Sardiniae nova tabula?. Embellished by compass rose, vessels and in the lower left plan of Catania with the famous vulcan Etna erupting and in the right with La Valletta. [cod.087/15] 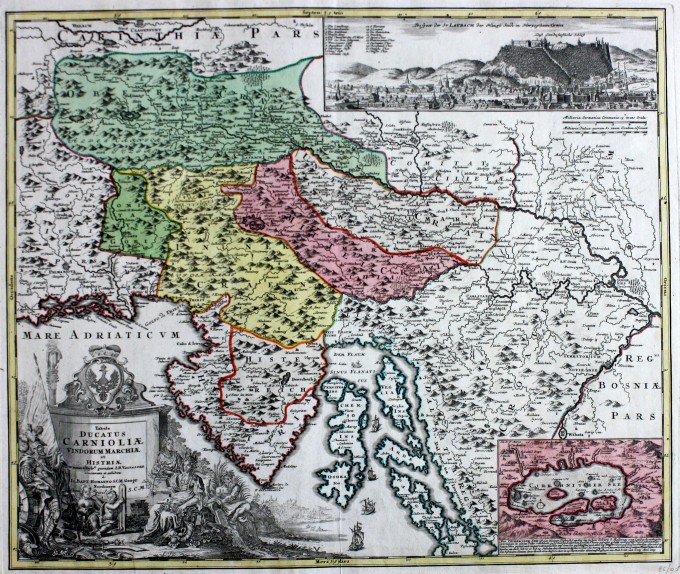 Very nice and decorative map of Slovenia with inset panoramic view of Ljubljana and small map of Lake Zirknitzer. The map shows also all the Istrian peninsula and portion of Croatia. Published in Nremberg by J.B. Homann in 1720.