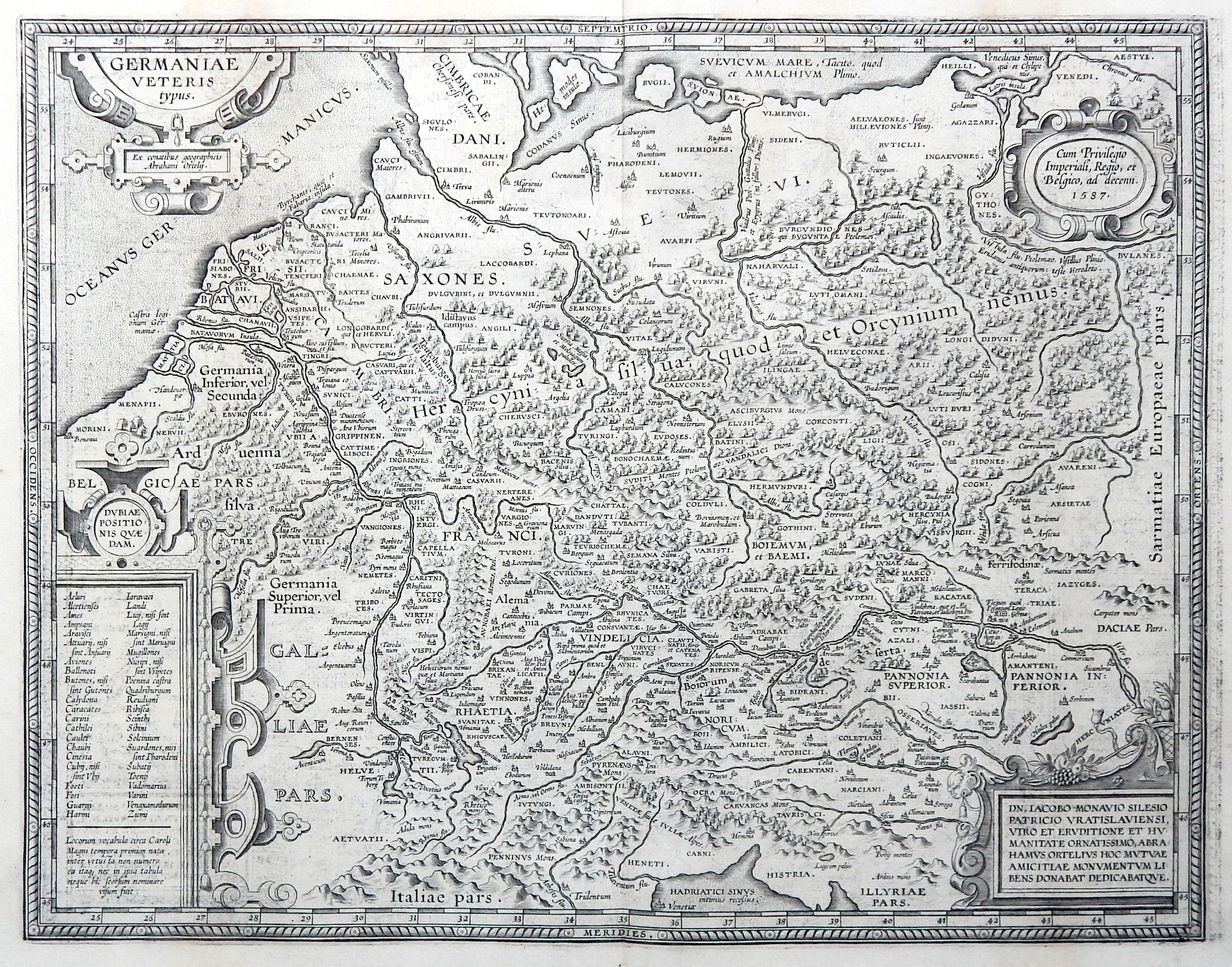 Beautifully engraved map of ancient Germany showing in hight details the northern Europe from the Adriatic to the Baltic and Netherlands.
Really interesting the latin nomenclature of the cities, town rivers and mountains.
From the 1624 final edition of Ortelius’s “Parergon in quo Veteris Geographiae aliquot tabulae… – Nomenclator Ptolemaicus” with the text by Balthasar Moretus.
Ortelius’s Parergon began as a companion to his Theatrum but eventually it became an independent work. In fact, this collection of maps of the ancient world was so significant that it became the model for all historical atlases published throughout the seventeenth century. The maps and plates in the Parergon have to be evaluated as the most outstanding engravings depicting the wide-spread interest in classical geography in the 16th century (Koeman).