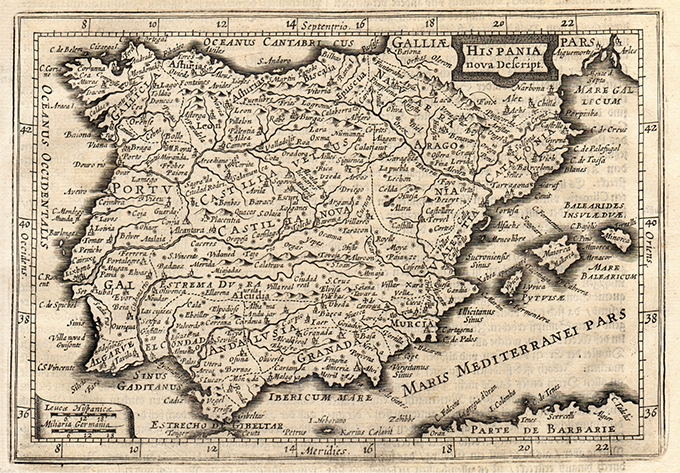 Handsome map of whole Spain from the Mercator Hondius “Atlas Minor” published in Amsterdam in 1648 at Jannsonius with german text on verso. In 1607 Jodocus Hondius published a reduced size version of Mercator’s “Atlas”, itself suitably titled “Atlas Minor”. The maps were copied from those of the great cartographer Mercator of around 1580-90 or were reductions of Hondius’ own maps of 1606. Almost 20 years later Joannes Janssonius commissioned a new set of copperplates to be engraved by Pieter Va