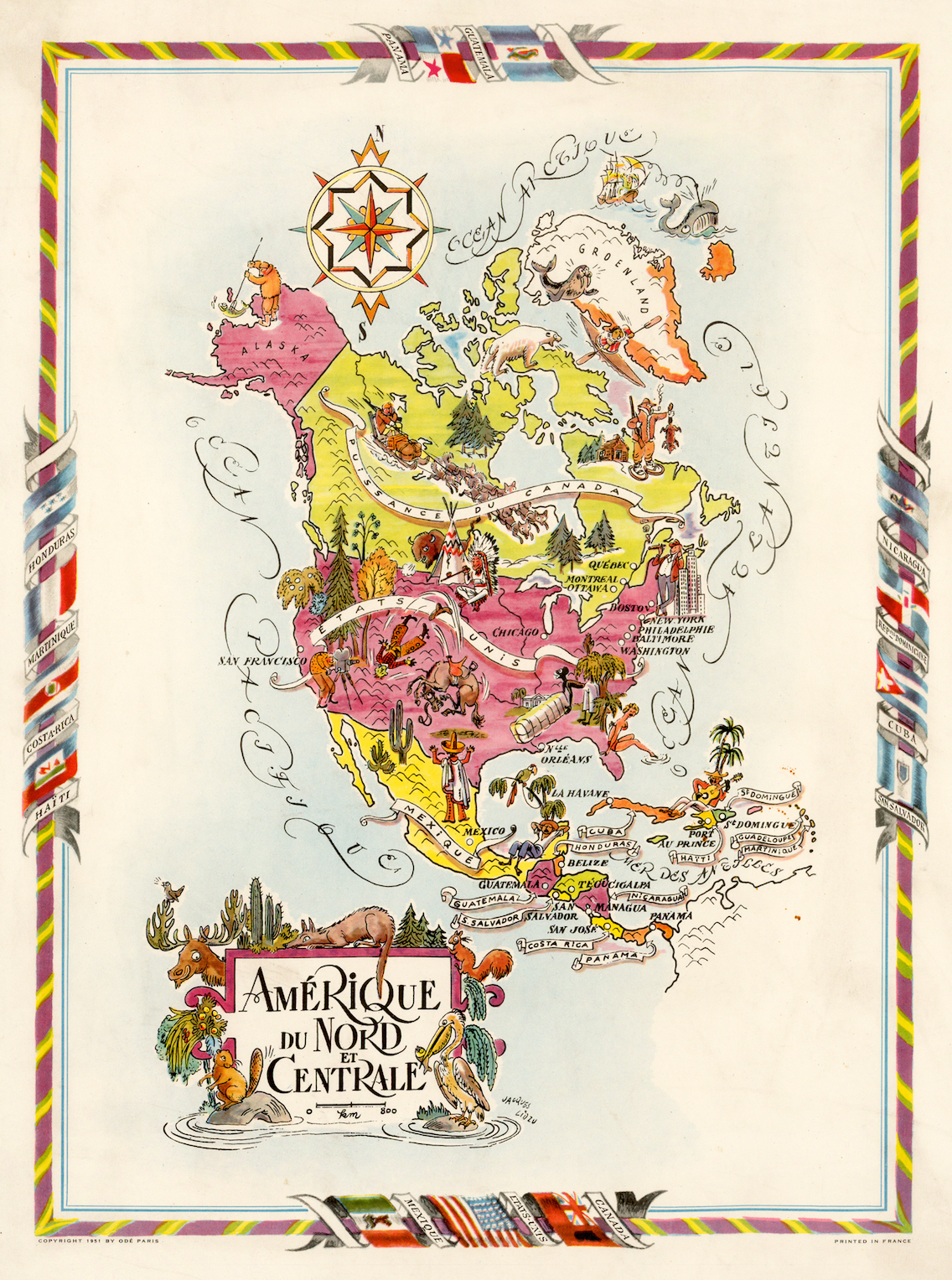 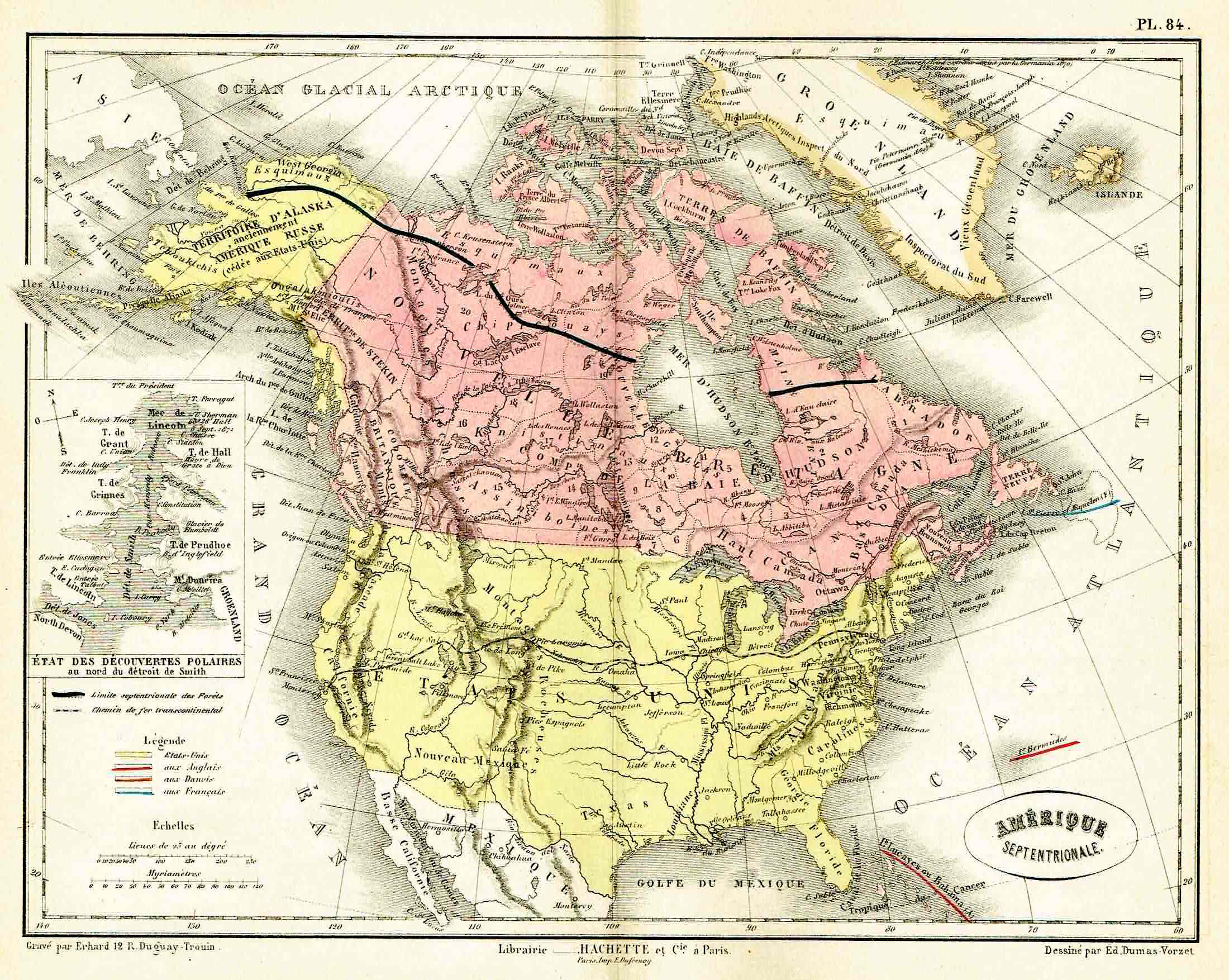 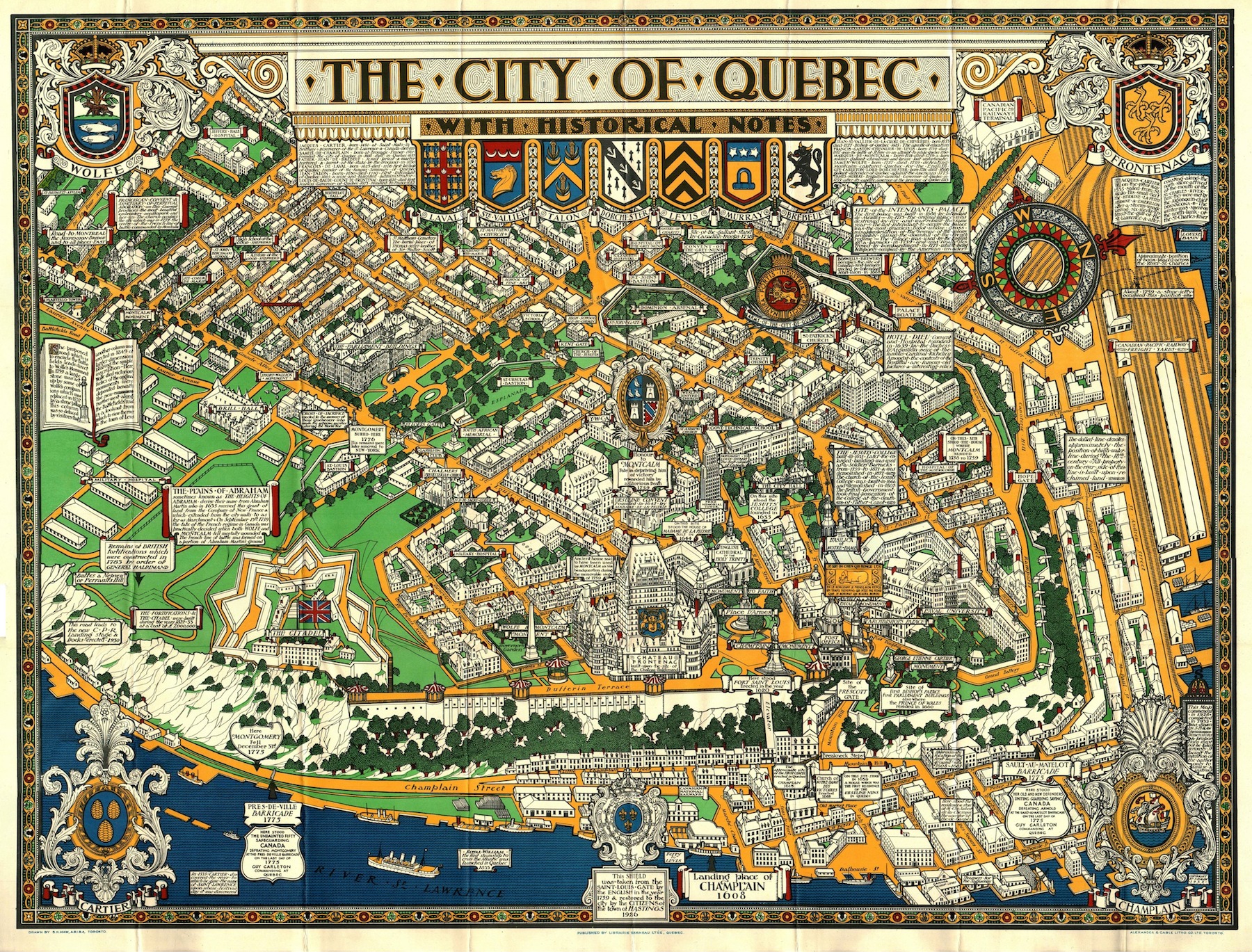 City of Quebec with Historical Notes

An exceptional 1932 bird’s eye view map of the city of Quebec, Canada by Samuel Herbert Maw. The densely filled map displays parks, buildings, named streets and historic notations embellished by numerous coats of arms and a large compass rose. Born in England, Maw was an architect, delineator, etcher, cartographer and designer. After winning the Sloane Medallion from the Royal Institute of British Architects in 1905 and showing at the Royal Academy in London in 1909, Maw moved to Canada where he spent the remainder of his successful career designing buildings, squares and landmarks. He is best known for his perspective drawings, such as this one, heralded as “a masterpiece of Canadian cartography, a bird’s-eye view of Quebec City, begun in 1926 and completed in 1932, in which he accurately rendered every single building in the Old Town and surrounding area, complete with a hand-drawn cartouche and historical notes on the significance of the buildings shown. 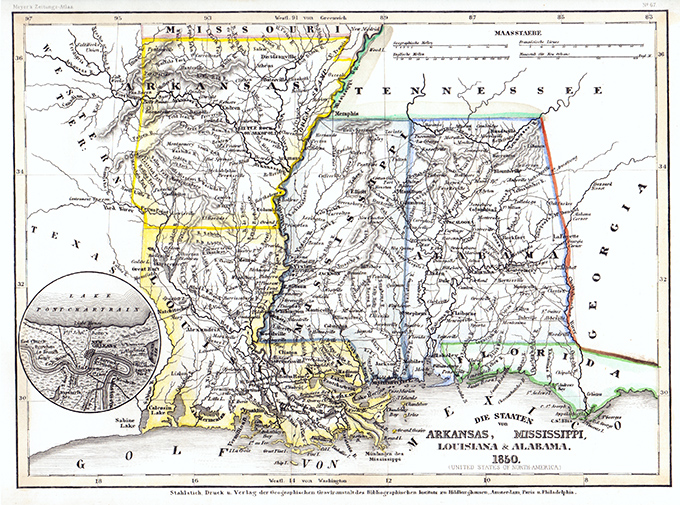 Lovely engraved map based on the cartography by C. Franz Radefeld (1788-1874) showing the Arkansas, Mississipi, Louisiana, Alabama and Florida Panhandle. Inset of New Oreleans suurndings. From the “Meyer’s Neuester Zeitungs Atlas” published by Bibliographischen Instituts in Hildburghausen in 1849-52. The innovation of this work is that almost all maps had small inserts showing richly detailed maps of major cities and their surrunding areas: so not only could travellers carry the atlas with them 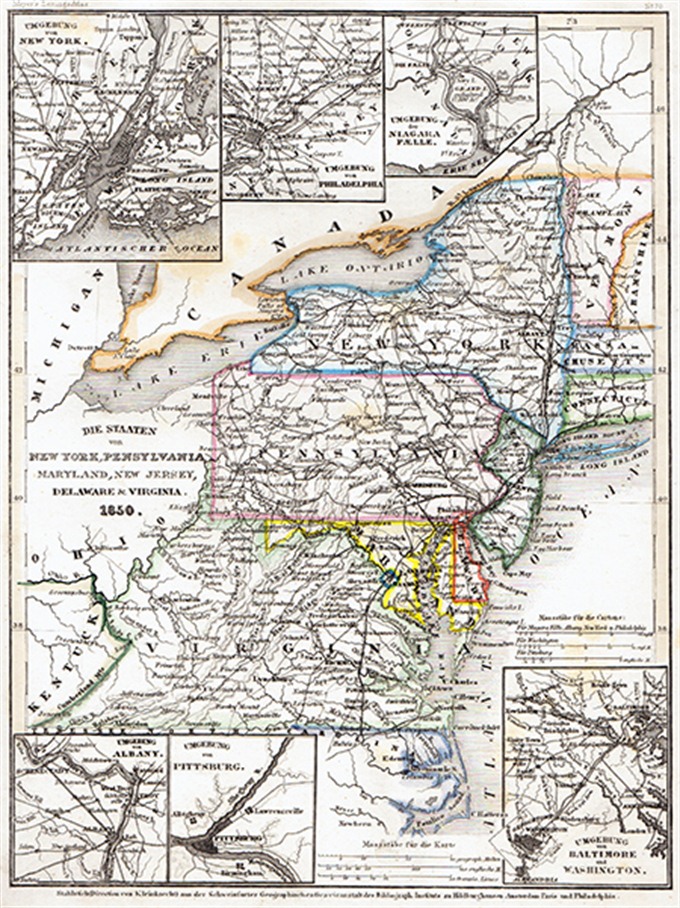 Lovely engraved map based on the cartography by C. Franz Radefeld (1788-1874) showing part of United States which includes insets of New York City, Philadelphia, Niagara Falls, Albany, Pittsburgh and the Baltimore – Washington DC area. From the “Meyer’s Neuester Zeitungs Atlas” published by Bibliographischen Instituts in Hildburghausen in 1849-52. The innovation of this work is that almost all maps had small inserts showing richly detailed maps of major cities and their surrunding areas: so not 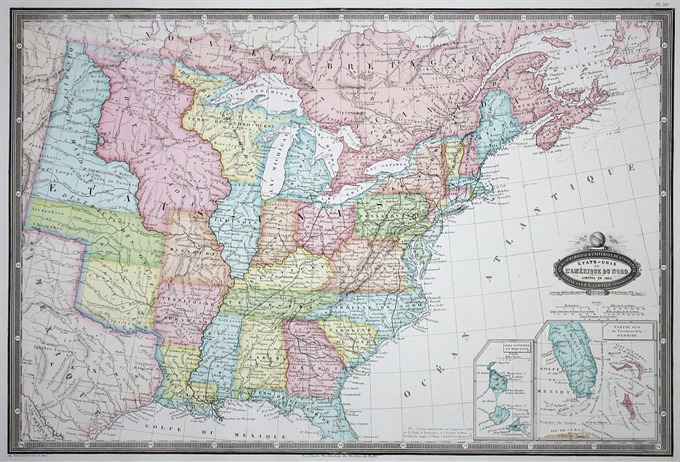 The very fine and interesting map shows the boundaries of the US immediately prior to Texas claiming its independence. Many Indian Tribes and early forts noted. Insets of Texas and St. Pierre Miquelon. From Atlas Spheroidal et Universel de Geographie by M.F.A. Garnier published in Paris at Veuve Jules Renouard in 1862. This atlas is exceptional for its “spheroidal” maps of the globe, showing the various continents and poles, shaded … [cod.1091/15] 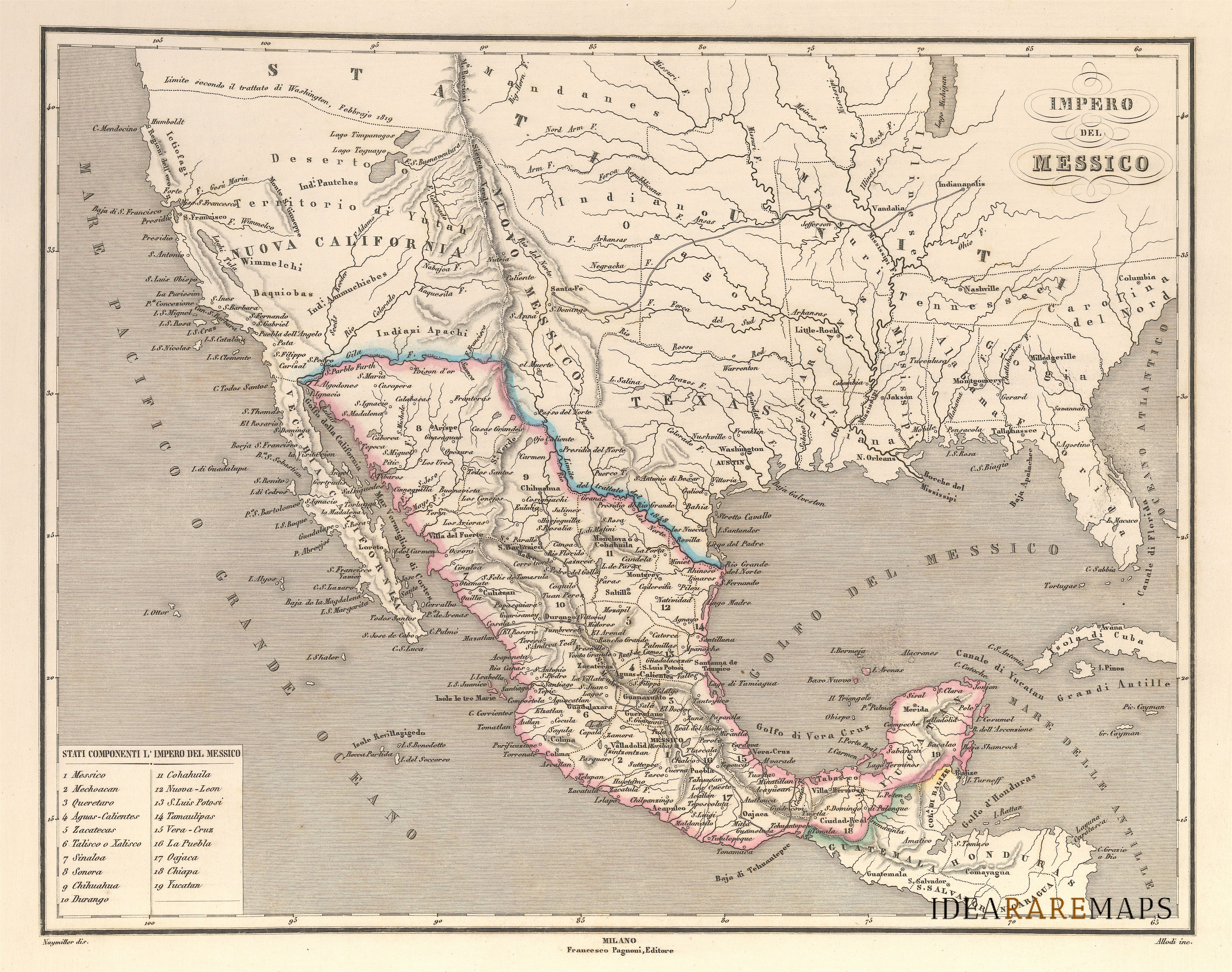 Uncommon elegant Italian map of Mexico by Filippo Naymiller showing in nice detail California, Texas, etc. published in Milan in 1860 at Francesco Pagnoni. The map shows the boundaries of the Western US immediately after the Treaty of Guadalupe Hidalgo signed in 1848. The shape of “Nuova California” (New California) is really interesting including a prominent “Lago Timpanogos” and “Lago Teguayo” and a curious range of mountains called Monte S. Giuseppe, which create the source of two great rivers called “Gesu Maria” and “Wimmelco” flowing into San Francisco Bay. The early Upper California Missions are noted. Texas is shown in its Republic configuration. Early Indian Tribes named.
Includes a second sheet of text embellished by vignettes engraved by Balbi showing Mexico City and Veracruz providing really interesting geographical and statistical information. The map was finely engraved by Pietro Allodi. 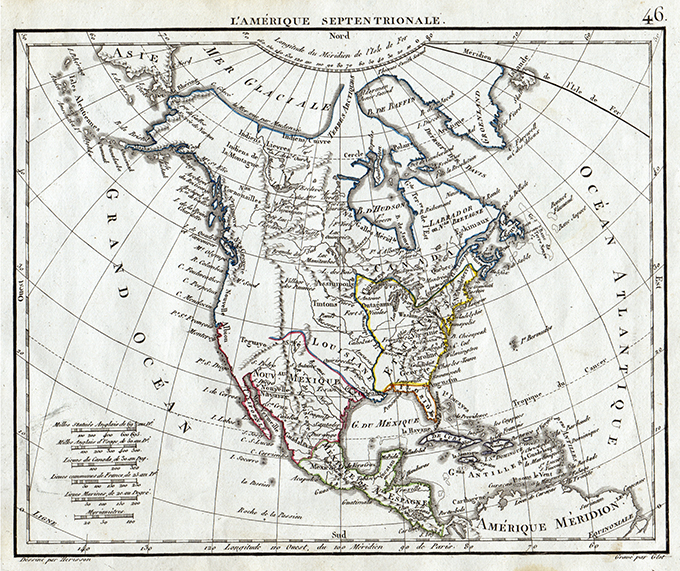 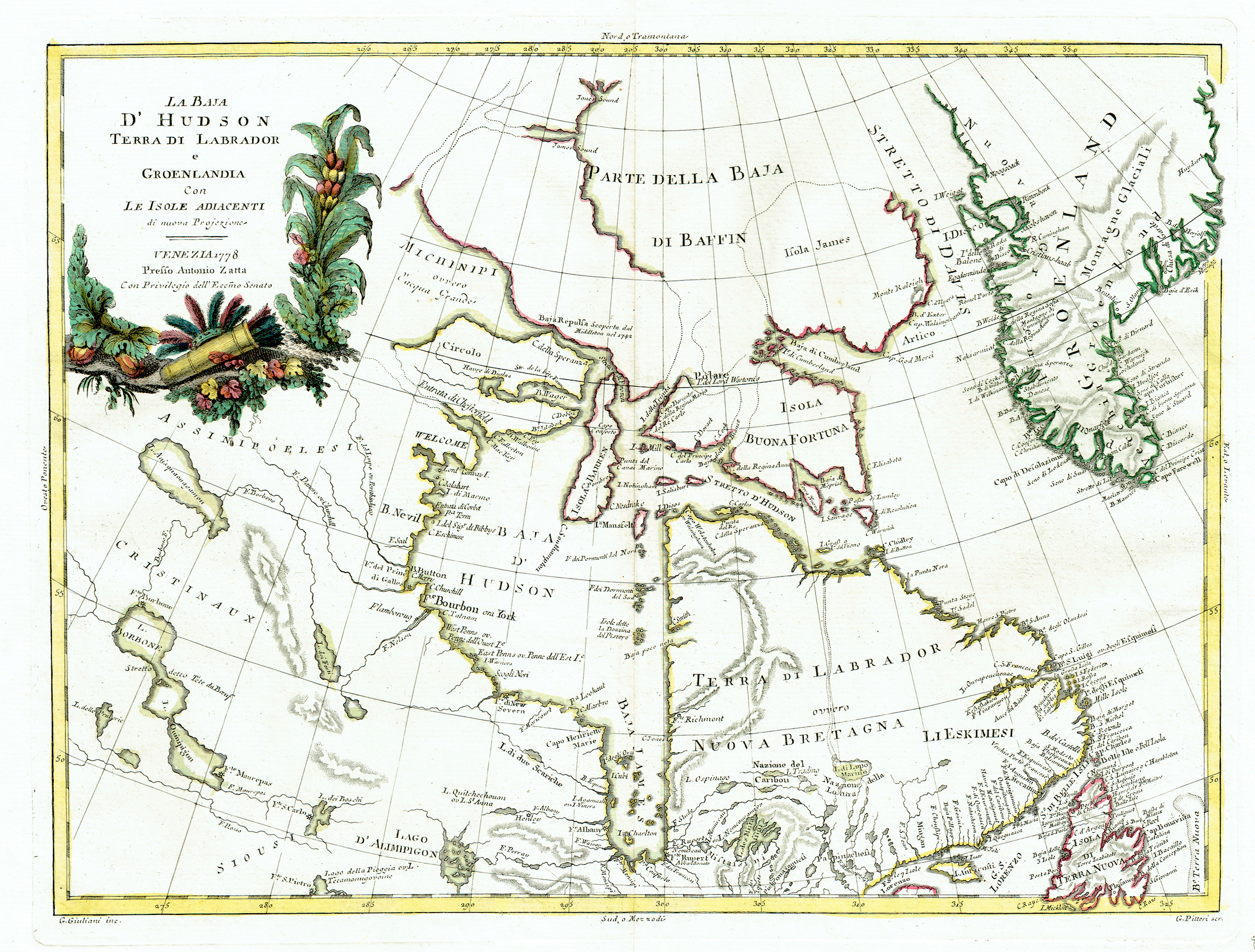 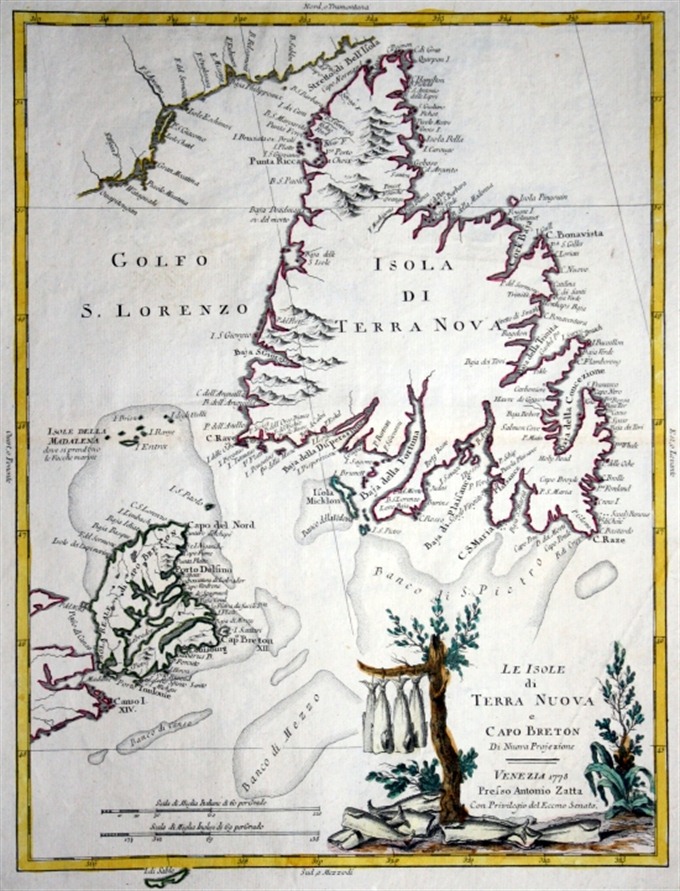 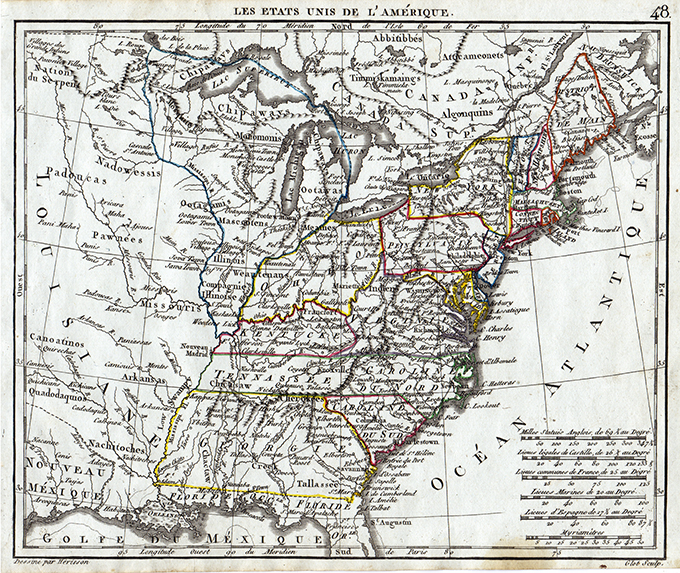 Interesting map of the USA showing in great detail of towns, cities and rivers. Engraved on copper by Glot. From the scarce “Atlas Portatif, contenant la Gographie Universelle Ancienne et Moderne” by Eustache Herisson published in Paris in 1809 at Desray. 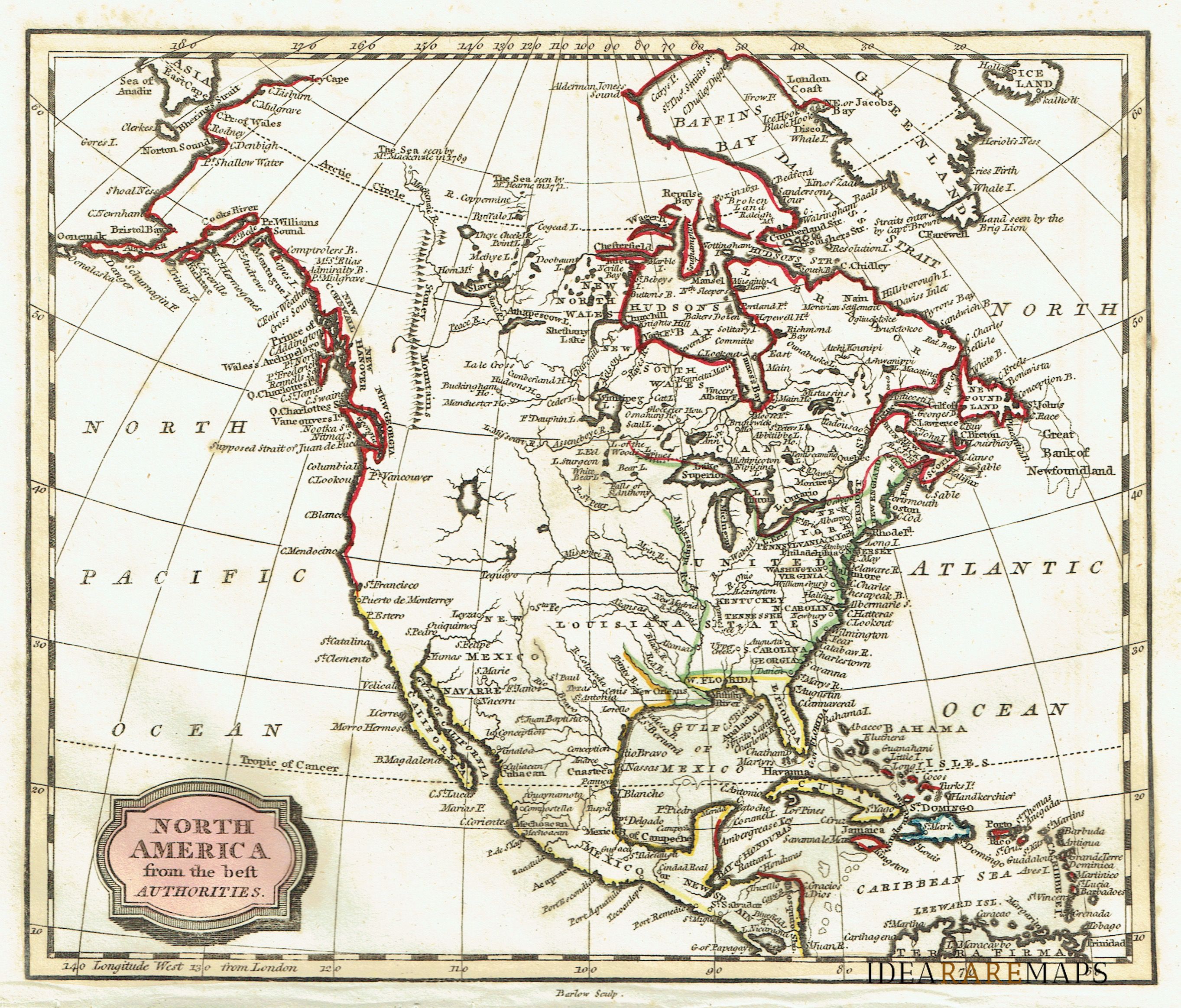 North America from the best Authorities

A fine map of North America with a lovely detailed depiction of the East Coast. A large lake is shown in present day Idaho. The interesting map was engraved with great care by James Barlow. Published in London in 1807. 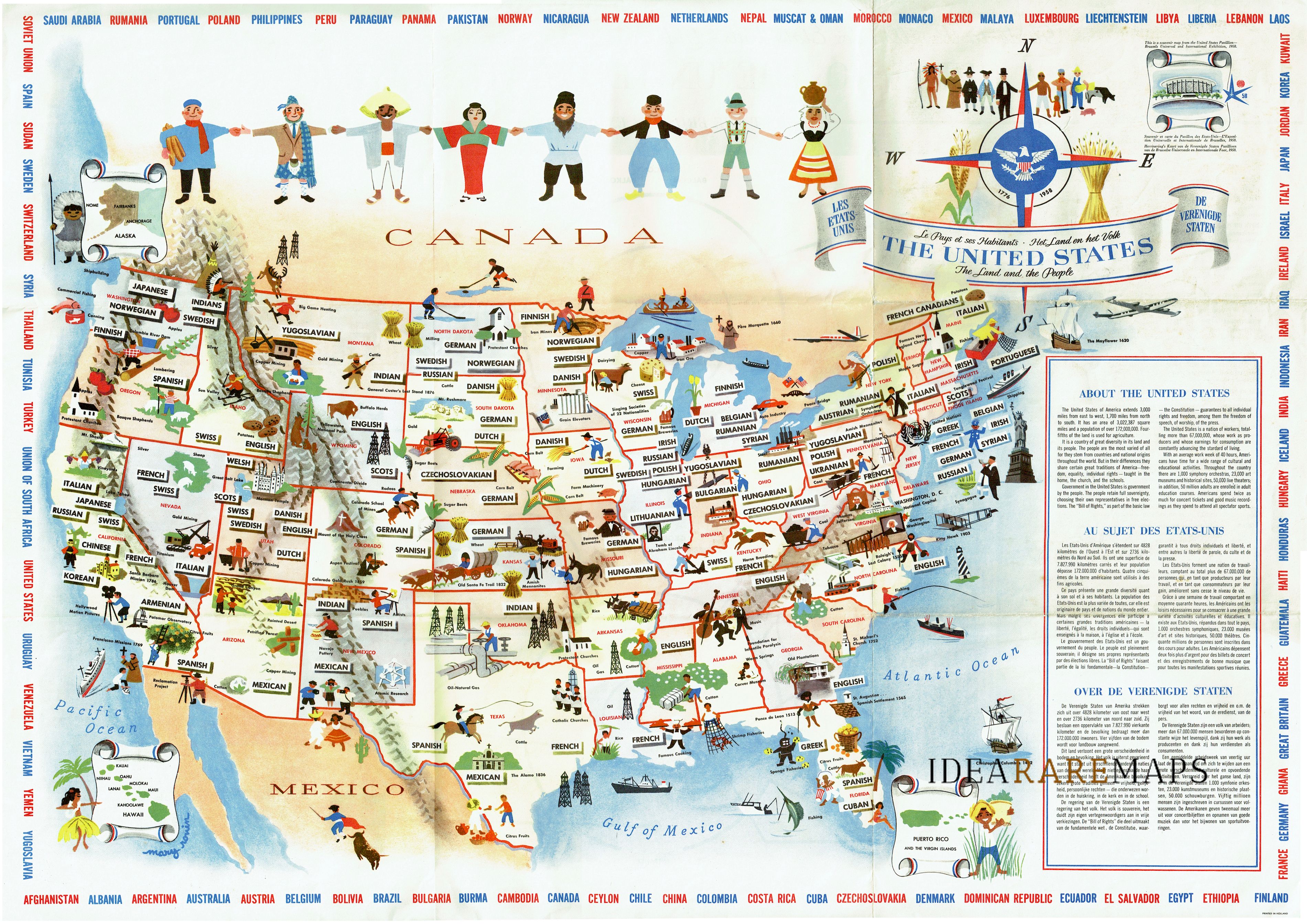 United States – The Land and The People

Lovely pictorial map of the United States featuring information about the varied backgrounds of the citizens and the industries in different parts of the country. The very decorative promotional map issued for the Brussels Universal Exhibition of 1958 shown on America as a multi-national, multi-cultural nation. The map is covered with pictorial images of historical sites and Americans working and playing. Labels on each state show the principal national origins of the residents, for example, Danish, Dutch and German in South Dakota. Across the top are eight figures in stereotypical native clothing (kilt, sombrero, wooden shoes). Puerto Rico, Hawaii, and Alaska are shown as territories. At Bottom left the author’s signature. This map was issued as a folded map and it retains its folds.